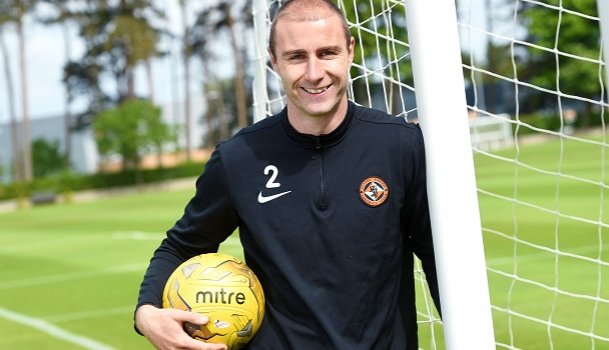 Montrose have signed former Dundee United captain Sean Dillon on a two-year contract ahead of the new season.

Montrose have signed former Dundee United captain Sean Dillon on a two-year contract ahead of the new season.

The 33-year-old defender spent a decade at Tannadice before leaving in May and has now made the move to Links Park, where he will take up a player/coach role.

Boss Stewart Petrie told the club website: “Sean will not only bring experience on the park as a player, he will also be a fabulous influence on the rest of the squad, both at training and in the dressing room. He is a great professional and his fitness levels are up there with the best.”

Dillon added: “I am really looking forward to this new challenge. I had such a great time at Tannadice but it was the right time for me to move on. I have been so impressed with Stewart and the set-up he has here at Montrose.”