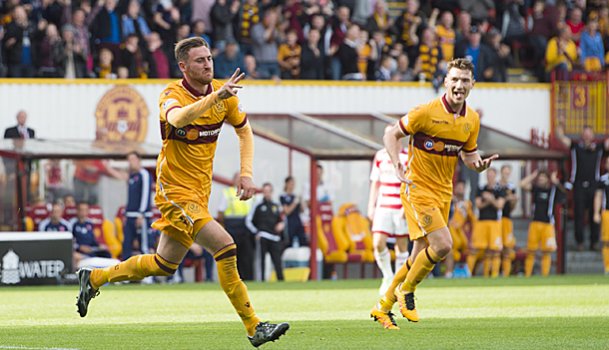 The former Wrexham striker netted a hat-trick in the space of 13 minutes in the first half and converted a penalty early in the second period as Mark McGhee's men moved into the top six in the Ladbrokes Premiership. Ali Crawford scored both goals for the visitors.

St Johnstone moved level on points with second-placed Hearts thanks to a 1-0 win at McDiarmid Park - Graham Cummins got the only goal after 57 minutes.

Partick Thistle moved off the foot of the table after hitting back to draw 2-2 at Kilmarnock. Steven Lawless and Liam Lindsay were on target after Kris Boyd then Souleymane Coulibaly twice had Killie in front. The Jags had Abdul Osman sent off in the last minute.

Rangers and Ross County shared the spoils in a 0-0 draw at Ibrox.

There are two games on Sunday - Dundee play Aberdeen at Dens Park, live on Sky Sports at 12 noon, and Inverness CT host Celtic with a 3.00pm kick-off on BT Sport.