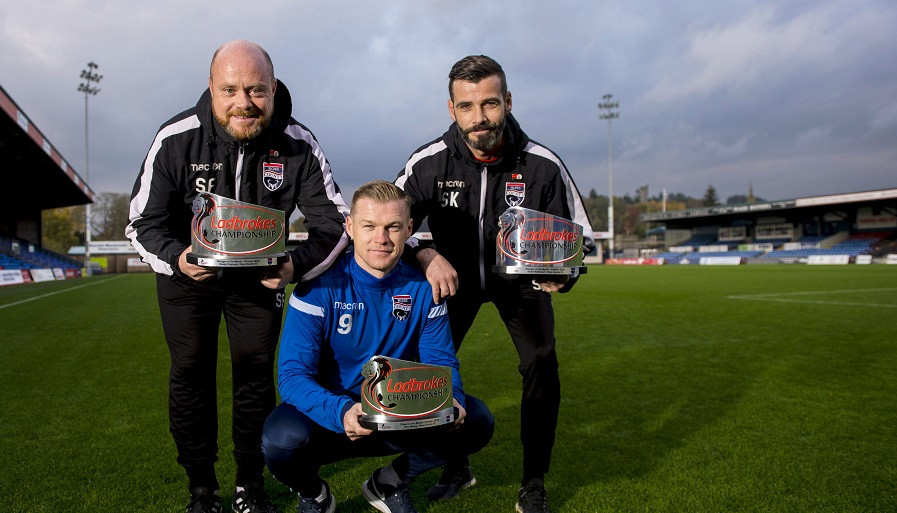 Ross County have claimed the Ladbrokes Championship awards for October...

Co-bosses Steven Ferguson and Stuart Kettlewell were voted Manager of the Month for the second time in a row while striker Billy Mckay was named Player of the Month.

The Staggies took 10 points from a possible 12, beating Partick Thistle (2-0), Ayr United (2-1) and Morton (5-0) before a 1-1 draw with Falkirk. Mckay scored five times in the Championship during October, including a hat-trick against Morton.

Ross County are second in the table, three points behind leaders Ayr United, going into Saturday's game against Dundee United in Dingwall.