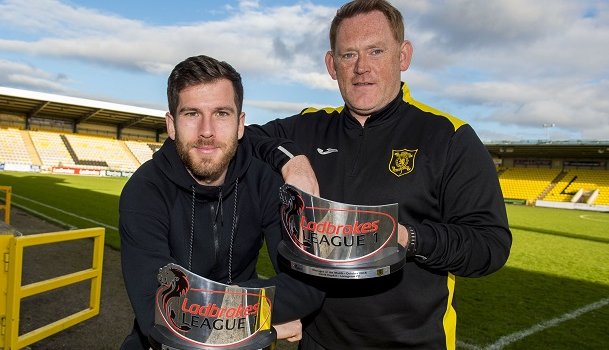 Leaders Livingston have picked up both Ladbrokes League 1 awards for October after winning three of their four matches last month.

Leaders Livingston have picked up both Ladbrokes League 1 awards for October after winning three of their four matches last month.

Livi beat Peterhead 2-1 at Balmoor and bounced back from a 2-1 defeat to Albion Rovers to record victories against title rivals Alloa Athletic (3-1) and Brechin City (3-0).

Hopkin told Ladbrokes News: "When you're recognised for these things it's a great honour and reward for the work that's been put in over October. Everybody at the club is involved, all the staff and players. It's a tribute to them for the hard work they've put in since pre-season.

"I'm delighted that we have a good blend of experienced players and young talent in our squad. The main thing is that they learn and keep learning."