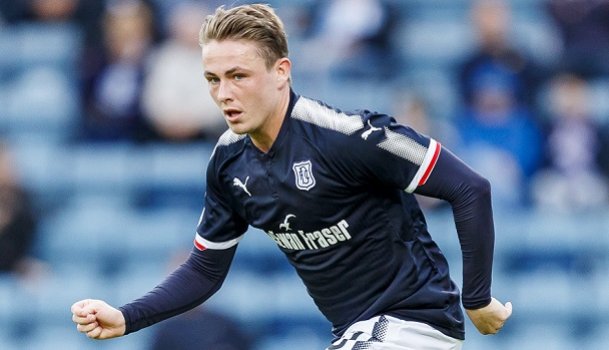 Ones to watch: 10 key summer signings

With the new league season almost upon us, Craig Fowler takes a look at 10 of the key signings made across the SPFL this summer.

With the new league season almost upon us, Craig Fowler takes a look at 10 of the key signings made across the SPFL this summer.

Ryan Christie (Aberdeen)
Getting the Celtic player back on loan was huge for Derek McInnes and Aberdeen as they look to transition successfully from one ‘cycle’ to another following the loss of Niall McGinn and Jonny Hayes. The 22-year-old has long been thought of as one of the most promising young players in the country, and with the chance to play regularly every week, not to mention his shining displays in Europe thus far, this should be his best season to date.

Jonny Hayes (Celtic)
What do you do when you're unbeaten treble winners? You can either rest on your laurels or you can go out and sign the best player in the country who isn't already at your club. It was quite a feat of Hayes to gate-crash a potential all-Celtic Player of the Year shortlist, demonstrating how excellent he was at Aberdeen - where he hit double figures in assists.

Scott Allan (Dundee)
Last season the Dens Park side badly needed a central midfielder with a bit of creativity and guile, someone who could spot a pass and thread the needle through opposing defences. They've now filled that void with the addition of the Celtic loanee, who will have a point to prove following a rough two-year spell since he was crowned Championship Player of the Year while at Hibs.

Kyle Lafferty (Heart of Midlothian)
Though Hearts are in a state of flux before the Premiership season has even started, following the departure of head coach Ian Cathro, there's a lot of quality in the squad for a new manager to lead them forward. One such player is summer signing Kyle Lafferty, who should provide the Gorgie side with a regular goalscoring striker, something they badly lacked last term.

Danny Swanson (Hibernian)
While Hibs have had talented midfielders over the last three years - John McGinn, Liam Henderson, Dylan McGeouch etc - they've struggled for a regular goalscorer from deep. It appears they've addressed that issue with the capture of Danny Swanson from St Johnstone. Not only did the boyhood Hibs fan net 15 times last season, he was the most creative outlet in a team which finished fourth and should provide the Easter Road men with the sort of quality they need to challenge for Europe.

Graham Dorrans (Rangers)
Rangers have gone about trying to bolster their squad for the new season as they look to get closer to Celtic, with nine new signings being recruited. The two most impressive additions have been Bruno Alves and Scottish international Graham Dorrans. The midfielder brings experience and real quality to the middle of the park, a problem area for the Light Blues last term.

Scott McDonald (Dundee United)
Seeing as Motherwell were keen to keep the striker for another season, it's quite a coup for Dundee United to convince the Aussie to drop down to the Ladbrokes Championship. A player who possesses technical ability, goalscoring instinct and a burning desire to win, he could be the X-factor which lifts the Tangerines above the rest of the competition in Scotland's second tier.

Dean Shiels (Dunfermline Athletic)
With Joe Cardle and Kallum Higginbotham already on their books, Dunfermline added further quality to their attacking midfield ranks with the capture of ex-Hibs and Kilmarnock star Dean Shiels. The 32-year-old last played in Scotland during the 2015-16 season, when he helped Rangers win the Championship title, and will be looking to aid Dunfermline's promotion hopes this time around.

Michael Moffat (Ayr United)
Michael Moffat returns to his former club after three seasons with Dunfermline. His last season with the Honest Men, in League 1 in 2013/14, saw the striker net an incredible 26 goals from 30 games, and anywhere close to such a return would truly boost the club's promotion hopes. Though not as deadly in front of goal, Moffat showed himself to be a decent Championship striker last term and Ayr fans will be hopeful he can fire them to an immediate return.

Liam Buchanan (Raith Rovers)
The second-top goalscorer in last season's League 1, behind only Airdrie’s Andy Ryan, returns for another season at this level. Having helped Livingston win the title at a canter, Buchanan will be looking to do the same for Raith Rovers. The Kirkcaldy club suffered a disastrous 2016/17 campaign, which eventually led to their relegation, but with some of the business they've conducted they should be confident of challenging Ayr for top spot.