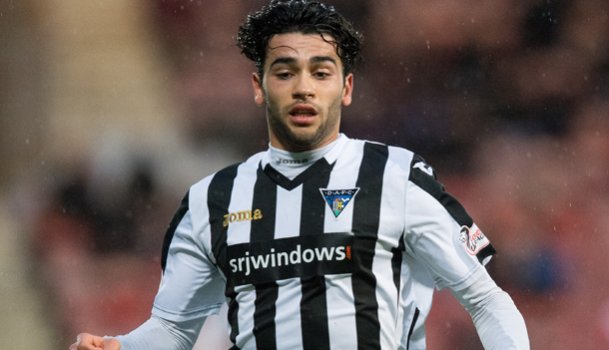 Pars hit back to beat Ayr

Andy Graham and Craig Moore (penalty) had the Honest Men two goals up but Michael Moffat pulled one back from the spot after Brian Gilmour was sent off. A Nicky Devlin own goal levelled matters and Faissal El Bakhtaoui grabbed the winner after 65 minutes.

Second-placed Peterhead beat struggling Forfar 3-2 at Balmoor despite having Steven Noble sent off in the first half. Rory McAllister, Shane Sutherland and Leighton McIntosh scored for the Blue Toon, with Steven Craig and Andy Ryan on target for the Loons.

Stenhousemuir moved to within a point of the play-offs by beating Airdrieonians 3-2 at Ochilview. Nicky Cadden's early opener was cancelled out by Ciaran Summers but Jim Lister gave the Diamonds an interval lead despite David Cox being sent off. Jamie McCormack equalised and the same player grabbed a stoppage-time winner for the Warriors.

Stranraer stay just behind Albion Rovers after the sides drew 0-0 at Stair Park.