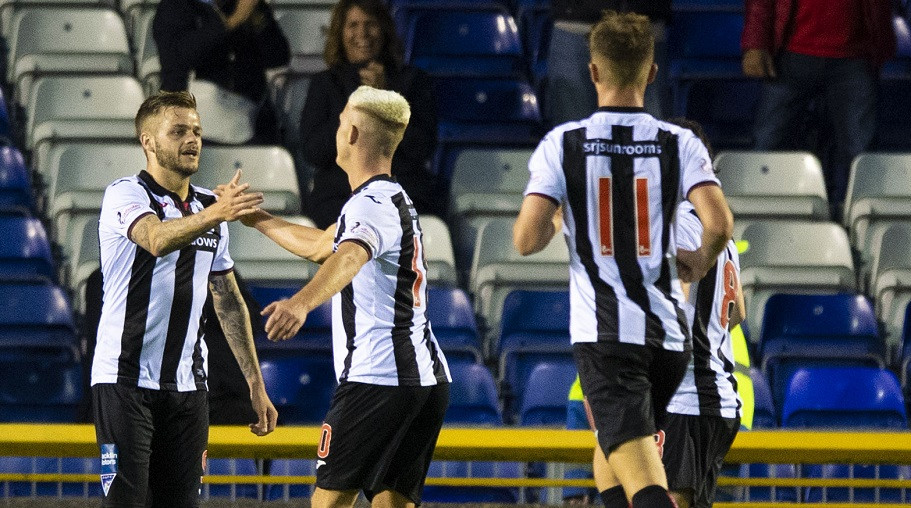 Callum Smith scored a late winner for the Pars in a 2-1 victory over their Championship rivals at the Tulloch Caledonian Stadium.

Partick Thistle thrashed Stranraer 5-0 at Stair Park and Queen of the South saw off Stenhousemuir 3-0 at Ochilview.

Annan Athletic notched up a 4-0 win over Celtic Colts and Falkirk defeated Rangers Colts 2-1 at Forthbank. Ross County beat Hearts Colts 2-1 at Tynecastle and Raith Rovers beat Aberdeen’s U21 side 3-1 but there was better news for Hamilton’s youngsters, who dismissed Clyde 4-1.

The match between Livingston Colts and Forfar Athletic was abandoned due to a power failure.

There are four more ties on Wednesday night and the draw for the second round takes place on Thursday at 1.00pm, live on the SPFL Facebook page.