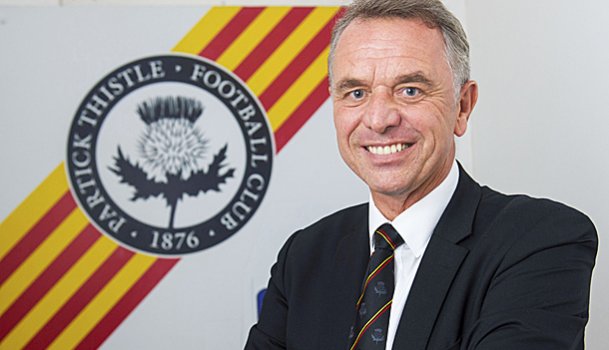 Partick Thistle have announced that the club is now free of debt following new shareholder investment and agreement with Bank of Scotland.

Partick Thistle have announced that the club is now free of debt following new shareholder investment and agreement with Bank of Scotland.

A club statement read: "Intrinsic to this refinancing is the creation of the Partick Thistle Football Club Trust, which will provide supporters, through fans appointed representatives on the trusts board, an opportunity to have a greater say in the running of the club.

"In 2008, the club’s debt totalled more than £1.5 million, which has been reducing year on year due to ongoing sound financial management and some tough decisions around costs.

"The 2014/15 season saw the club continue to operate a break-even budget strategy, however it remained a challenging period from a financial perspective. Despite on field improvements, leading ultimately to an eighth place finish in the Scottish Premiership, the club saw home attendances drop by more than 500 on average, although numbers have stabilised in the current season.

"As part of the club’s ongoing financial planning process, the board of directors discussed options around funding with the bank and it became apparent that, should suitable investment be found, there would be an opportunity to restructure the club’s debt. With investment secured, that restructuring deal is now in place, meaning the club is debt free."

Partick Thistle chairman, David Beattie, said: “This is a historic day for Partick Thistle Football Club. To put not too fine a point on it, it represents the biggest off the park success story since Save the Jags.

“This deal is the result of a huge amount of work behind the scenes at Firhill and feels like the ultimate reward for a sustained period of careful financial planning.

“I am grateful to the board of directors and all at the club, including our fans, for their support to get us here and to Bank of Scotland for helping us realise our vision.

“Before this season started, we explained that one of our objectives going forward was to bring stability to the club. That’s what this deal means for us. What it doesn’t mean is that we will become complacent, rather that we will use this as a base to build from.”

Further details on the Trust and the new investors will follow in due course.