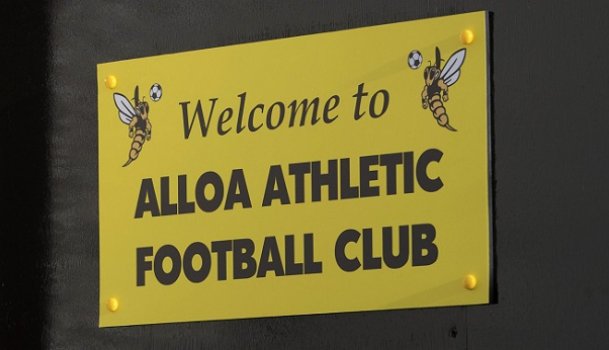 The first legs of the Championship and League 1 play-off finals take place tonight, with games at the Indodrill Stadium and Ochilview.

The first legs of the Championship and League 1 play-off finals take place tonight, with games at the Indodrill Stadium and Ochilview.

Alloa Athletic are on a great run of form as they prepare to host Dumbarton, live on BBC ALBA at 7.45pm. The Wasps beat Raith Rovers 4-1 on aggregate to reach this stage and Jim Goodwin's men also finished the regular season strongly, defeating Ayr United and drawing at Raith.

Dumbarton are looking to preserve their status in the second tier and Stevie Aitken's men squeezed past Arbroath in the semi-final, winning 2-1 away then drawing 1-1 at home.

Stenhousemuir and Peterhead go head to head in the League 1 play-off final at Ochilview. The Blue Toon saw off Stirling Albion 4-0 on aggregate while a Mark McGuigan double helped the Warriors win 2-1 at Hampden to seal a 3-2 success and relegate Queen's Park.

Jim McInally's team were runners-up to Montrose and finished 22 points clear of Brown Ferguson's men but Stenhousemuir have won three of the four meetings this season.

The second leg of the Championship final is at Dumbarton on Sunday, live on BBC ALBA at 4.10pm, with the League 1 decider at Balmoor on Saturday at 3.00pm.

There is no away goals rule in the play-offs so extra time, and penalties if required, will settle the outcome in the second leg if the scores are level after 90 minutes.