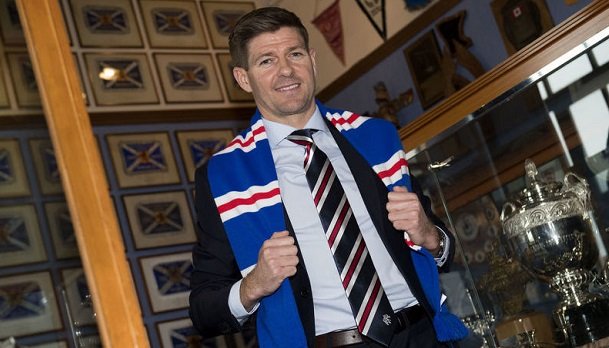 Rangers have confirmed the appointment of former Liverpool and England midfielder Steven Gerrard as their new manager.

Rangers have confirmed the appointment of former Liverpool and England midfielder Steven Gerrard as their new manager.

The 37-year-old will take up his post in the summer after agreeing a four-year deal at Ibrox, with Jimmy Nicholl and Jonatan Johansson in charge for the three remaining matches against Kilmarnock, Aberdeen and Hibernian following the departure of Graeme Murty.

Gerrard will be assisted by former Scotland midfielder Gary McAllister, who had spells as manager with Coventry City and Leeds United.

Gerrard told the club website: “I am honoured to become the next manager of Rangers. I have enormous respect for this football club and its history and tradition. I can’t wait to start this new journey at Rangers as we look to build on the many successes that this club has achieved.”

Chairman Dave King said: “We are delighted to confirm today that Steven Gerrard will become the next manager of Rangers. From the very beginning, talks have been extremely positive and we believe that Steven is the right man to drive Rangers forward. This a special day for our club, our fans and for Steven.”