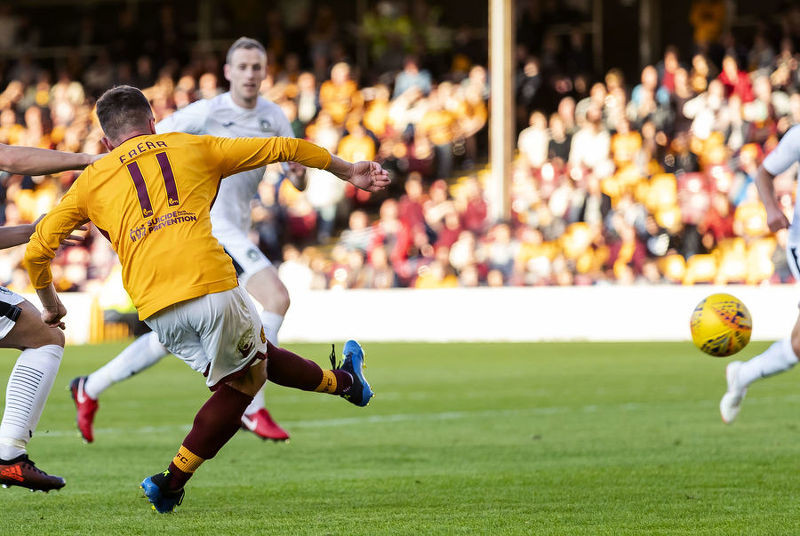 A round-up of Tuesday's Betfred Cup action, which included hat-tricks for Motherwell's Elliott Frear and Queen of the South's Stephen Dobbie.

Ross County have a 100% record in Group A after beating Championship rivals Dundee United 1-0 in Dingwall while Alloa Athletic got their campaign under way with a 4-2 home win over Arbroath.

Montrose are the Group B pacesetters following a 1-0 victory over East Fife at Links Park, with Falkirk beating Forfar Athletic 2-0 in the other game.

Partick Thistle are looking good in Group E after beating Morton 2-1 at Firhill and Stenhousemuir saw off Albion Rovers 4-0 at Ochilview.

League 2 Annan Athletic have made a perfect start in Group F and followed up Saturday's win over Hamilton Accies by dismissing Berwick Rangers 4-0 at Galabank. Livingston are in second spot after winning on penalties at New Douglas Park after it finished 0-0 against Hamilton.

Stephen Dobbie scored all three as Queen of the South beat Clyde 3-0 at Palmerston to top Group G and Elliott Frear also bagged a treble as Motherwell hammered Edinburgh City 5-0 at Fir Park, with all the goals coming in the first half.

Dumbarton are the Group H leaders following their 1-0 home victory against Queen's Park. St Mirren were held to a 2-2 draw by Spartans in Paisley but picked up the bonus point for winning the penalty shoot-out.