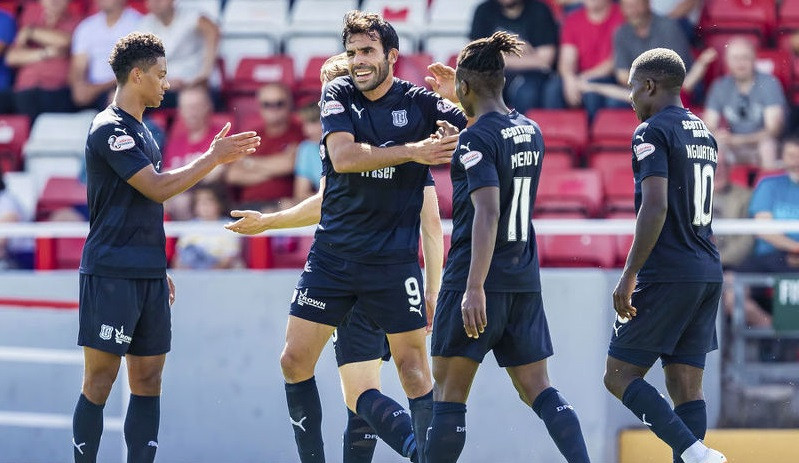 A review of Saturday's action, with 15 ties played across eight groups on matchday one of the Betfred Cup.

In Group A, Ross County were 2-0 winners at home to Elgin City but there was an upset at Tannadice as Dundee United were held to a 1-1 draw by Arbroath, with the Red Lichties winning on penalties.

Group B favourites St Johnstone could only draw 0-0 with East Fife at McDiarmid Park before winning on penalties while second seeds Falkirk went down 1-0 at home to Montrose.

Dundee made a strong start to their Group D campaign with a 4-0 victory over Stirling Albion at Forthbank while it finished 0-0 between Brechin City and Peterhead at Glebe Park, with the visitors winning the shoot-out.

In Group E, two early goals from Shea Gordon were the difference as Partick Thistle won 2-0 against Stenhousemuir at Ochilview while Lawrence Shankland hit a hat-trick as Ayr United defeated Morton 3-1 at Somerset Park.

Kenny Miller made a winning start as Livingston boss in a 2-1 success at Airdrieonians in Group F but Hamilton Accies suffered a shock 1-0 defeat at Annan Athletic.

Stephen Dobbie grabbed a double as Queen of the South overcame Stranraer 5-3 at Palmerston in Group G while Edinburgh City beat Clyde on penalties after a 1-1 draw at Broadwood.

Spartans held Dumbarton to a 0-0 draw at Ainslie Park in Group H but the Sons won on penalties to top the table with St Mirren, who edged past Kilmarnock in the same fashion on Friday night.