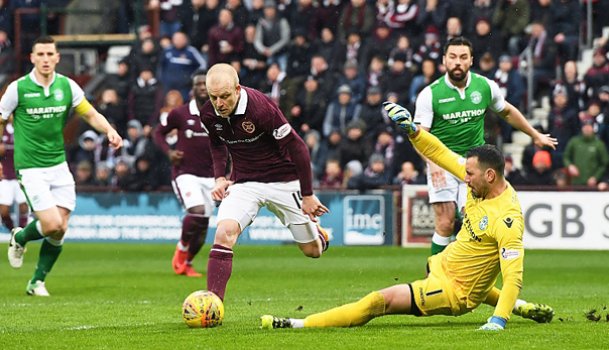 There&#39;s a huge weekend of football coming up in the SPFL, starting with tonight&#39;s Edinburgh derby at Easter Road.

There's a huge weekend of football coming up in the SPFL, starting with tonight's Edinburgh derby at Easter Road.

The match between Hibernian and Hearts is live on Sky Sports, kick-off 7.45pm, with Neil Lennon's men currently nine points and two places ahead of Craig Levein's side in the Ladbrokes Premiership table.

Also on #RivalsWeekend, Saturday sees a Lanarkshire derby between Hamilton Accies and Motherwell at the SuperSeal Stadium while Tayside rivals Dundee and St Johnstone square up at Dens Park.

It's title rivals rather than local rivals at Somerset Park as Ayr United aim to close the gap on Ladbrokes League 1 leaders Raith Rovers while it's derby day at Gayfield as Arbroath host Forfar Athletic.

Then on Sunday it's the Glasgow derby at Ibrox, live on Sky Sports with a 12 noon kick-off. Leaders Celtic won there earlier in the season and have a six-point lead at the top of the table, with a game in hand still to come.

Check out the SPFL Twitter feed for loads of great video content and goal clips ahead of what promises to be a fantastic weekend of football.