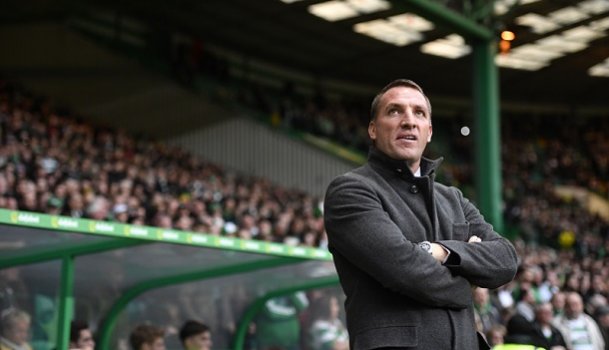 Celtic have announced that manager Brendan Rodgers has signed a new four-year deal that will keep him at the club until 2021.

Celtic have announced that manager Brendan Rodgers has signed a new four-year deal that will keep him at the club until 2021.

The 44-year-old former Swansea City and Liverpool boss replaced Ronny Deila last summer and guided the team into the group stage of the Champions League before winning the Betfred Cup and clinching the Ladbrokes Premiership title last weekend.

Celtic remain unbeaten in domestic football in 2016/17 and face Kilmarnock at Parkhead on Saturday, with a Scottish Cup semi-final against Rangers at Hampden later this month.

Chief executive Peter Lawwell told the club website: “Brendan has made a huge impact at Celtic already. He's an outstanding manager and we believe he is one of the best coaches in Europe, if not world football, and we're delighted that he has committed his future to Celtic.”

Rodgers added: “It just felt right and it was a very easy decision. There is a lot more to do and achieve - we have built a connection at the football club and that will be important going forward. It's an exciting period for the club."