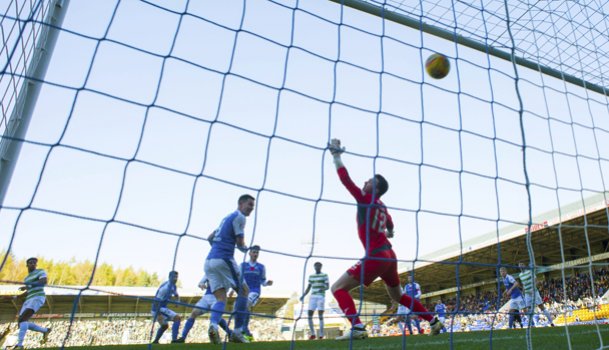 Celtic beat St Johnstone 4-0 at McDiarmid Park to set a new British record of 63 games without defeat and move three points clear in the Premiership.

Scott Sinclair opened the scoring, Moussa Dembele got the second goal and Olivier Ntcham rounded things off after a Steven Anderson own goal. Second-placed Aberdeen were held 2-2 at Hamilton Accies, who earned a point through David Templeton’s equaliser.

Simon Murray got the winner as third-placed Hibernian defeated bottom club Dundee 2-1 at Easter Road and Ross McCrorie sent Rangers on their way to a 3-0 win over Partick Thistle at Ibrox. Ross County held off a second-half fightback from Motherwell to win 3-2 at the Global Energy Stadium with Michael Gardyne netting a double.

Dundee United moved level on points with Ladbrokes Championship leaders St Mirren after beating the Buddies 2-1 at Tannadice thanks to goals from Mark Durnan and Sam Stanton. Livingston are a point back in third spot after a 0-0 home draw with Inverness Caley Thistle while Dunfermline Athletic are fourth after a 1-1 draw at Falkirk. Queen of the South are just outside the play-offs after beating Morton 2-1 at Cappielow and Dumbarton scored a last-minute goal to beat bottom club Brechin City 1-0 at Glebe Park.

Ayr United are the new leaders in Ladbrokes League 1 thanks to a 4-1 win away to Arbroath, helped by a Lawrence Shankland double. That moved them above Raith Rovers on goal difference - Barry Smith’s men beat East Fife 1-0 at Stark’s Park. Alloa Athletic are up to third place thanks to a 1-0 home win over Airdrieonians. David Cox scored twice as Forfar Athletic overcame Albion Rovers 4-3 at Cliftonhill to move off the bottom at the expense of Queen’s Park, who lost 3-0 at Stranraer.

Stirling Albion remain two points clear at the top of Ladbrokes League 2 thanks to a 2-1 win over Edinburgh City at Ainslie Park, which maintains their perfect away record. Montrose stay second thanks to a 3-1 victory at bottom club Cowdenbeath and Peterhead, in third, earned a 2-0 win over Elgin City at Borough Briggs. Stenhousemuir were held to a 1-1 draw by Clyde at Ochilview and it finished 0-0 between Annan Athletic and Berwick Rangers at Galabank.