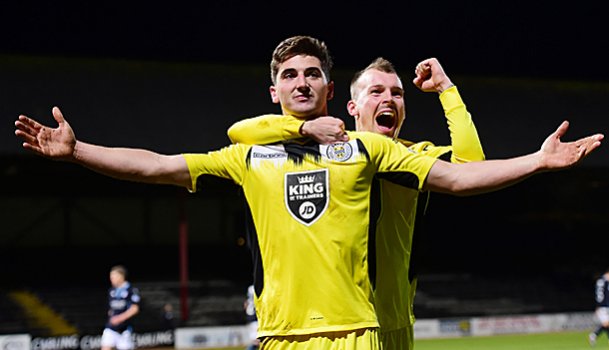 Saints move off the bottom

St Mirren moved off the foot of the Premiership with a 3-1 win over Dundee at Dens Park on Saturday.

St Mirren moved off the foot of the Premiership with a 3-1 win over Dundee at Dens Park on Saturday.

Kenny McLean grabbed a double, one from the penalty spot, with youngster Stephen Mallan also on target. Gary Irvine pulled one back for the Dark Blues, who had Paul McGinn sent off.

Leaders Celtic were held to a 0-0 draw by Ross County at Parkhead but extended their lead to five points as their closest challengers both lost.

Dundee United went down 2-1 to St Johnstone at McDiarmid Park despite going ahead through Calum Butcher. Michael O'Halloran equalised and Chris Millar grabbed the winner for Tommy Wright's in-form team.

Hamilton Accies were beaten 1-0 by Kilmarnock at Rugby Park, where Alexei Eremenko scored the only goal from a free-kick in stoppage time.

Inverness CT are at home to Aberdeen on Sunday, live on BT Sport with a 3.00pm kick-off.