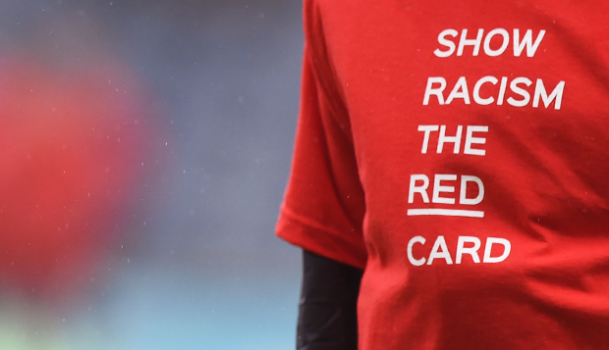 Welcome to the Show Racism the Red Card (SRTRC) Fortnight of Action.

The SPFL and its member clubs have been supporting the SRTRC campaign since it was launched in Scotland in Season 2003/04.

In addition to helping raise awareness of SRTRC’s work in Scotland, the Fortnight of Action (from the 6th to the 20th of October) shows commitment at the highest level of Scottish football to eradicate racism and discrimination of any form from the game.

SPFL clubs will show their support for the SRTRC campaign on Friday 13 October and Saturday 14 October. Clubs will be united in calling for an end to racism in football and society.

Neil Doncaster, Chief Executive of the SPFL said “Football is a powerful medium to break down barriers and promote tolerance. Our clubs have supported Show Racism the Red Card since season 2003/04 and once again, this united action in support of the campaign sends out the positive message that football is a game to be enjoyed by all."

Show your support for tackling racism: