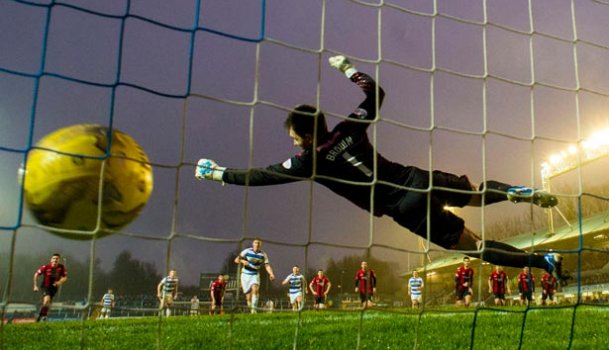 SPFL Company Secretary and Director of Operations Iain Blair gives us an insight into the challenges involved in compiling the fixture list.&nbsp;

The SPFL today announced the fixtures for the 2017/18 season ahead of the big kick-off on the weekend of August 5/6.

We asked SPFL Company Secretary and Director of Operations Iain Blair to give us an insight into the challenges involved in compiling the fixture list.

Are you pleased with the 2017/18 fixture list?
I have been doing this job for almost 19 years and one thing I have learned is that, unfortunately, there is no such thing as a perfect fixture list! There will always be something or other that isn’t ideal but our aim is to produce the best and most balanced set of fixtures that we can. Moving one fixture to try to solve a particular issue can impact on many other games so it’s very much a balancing act. There are usually a number of versions for each division before we get to a final set suitable for publication. I am looking forward to another fantastic SPFL season with many exciting fixtures to enjoy.

Who produces the fixtures?
For the second year running, the SPFL fixtures have been prepared in conjunction with GotSoccer, who work with a number of other leagues, including France, Poland, Australia and MLS. They are a US-based company, who use optimisation software to produce a set of fixtures based on the information (or “fixture recipe”) provided by the SPFL.

What goes into the fixture recipe?
There are many factors. Clubs may ask not to be at home on certain days due to local events which could have an impact, and we also liaise with Police Scotland and do our best to accommodate any requests they may have.

Recurring examples include limiting the instances of Hearts being at home when there are major rugby internationals at Murrayfield, Ayr United playing away when the Scottish Grand National and Scottish Air Show is on, Raith Rovers being away for the Links Market in Kirkcaldy and the many dates Queen’s Park cannot use Hampden due to internationals and cup semi-finals and finals.

A number of clubs must play at home on different weekends (some posing cross-divisional challenges) – Celtic/Rangers, Hearts/Hibernian, Dundee/Dundee United and Ross County/Inverness CT. All of that has been achieved with the exception of two clashes in Edinburgh but both of those are midweeks and will be easily dealt with. We look to accommodate specific requests where we can but ensuring the integrity of the competition is always paramount.

Across the four divisions, all clubs who start the season away will finish at home and all have three home and three away fixtures in their opening six games. We try to limit the instances of clubs playing H-H or A-A but it is mathematically impossible to have alternate home and away games every week and the specific constraints / requests that go into the recipe increases the number of ‘doubles’.

What about travel issues?
We try to minimise travel over the festive period and look to schedule the traditional derby games during that period, which is something supporters enjoy. Long journeys at that time of year and in midweek tend to attract criticism but with clubs at both ends of the country it cannot be avoided entirely. Pinning down more local games would have a detrimental effect on the fixture list as a whole so it is all a question of balance.

What’s the situation with Hearts at Tynecastle Park in 2017/18?
Hearts are hoping to have their new main stand operational by early September. We will liaise with Hearts and their opponents regarding the two August home fixtures.

What about last season’s champions?
Celtic, Hibernian, Livingston and Arbroath will all begin with home fixtures to allow them to unfurl the title flags. Where possible, if clubs have had a run of away starts in previous seasons we have sought to give them a home game but other constraints mean this is not always possible.

Why does the season finish a week earlier in 2017/18?
The World Cup in Russia begins on June 14 and FIFA insist on a rest period for players which means leagues across Europe will finish earlier. Our final league matches will therefore be May 12/13, with the second leg of the Premiership play-off final scheduled for Sunday May 20.

How does the World Cup impact on the fixture scheduling?
It does mean we have more midweek fixtures in 2017/18 but, as much as possible, we have done our best to ensure a home/away balance of those. Slots for midweek fixtures are limited due to the many European and international weeks during the season.

Is there a winter break again this season?
For the Premiership, yes. It was well received by clubs last season and with clubs starting back in European competition as early as the end of June the summer break is short. Players will get a break from the end of December, with no Premiership matches scheduled for the weekends of January 6 and January 13. Top-flight clubs will return to action in Scottish Cup round four on January 20. Clubs outside the Premiership were canvassed on their thoughts regarding a winter break but their preference was to continue playing.

When will the first batch of live TV games be announced?
We know these are always eagerly awaited. We will be working with our broadcast partners Sky Sports and BT Sport to allow us to publish the first selections as soon as possible.

Key dates
Following today's fixture announcement here are some key dates for the weeks ahead: