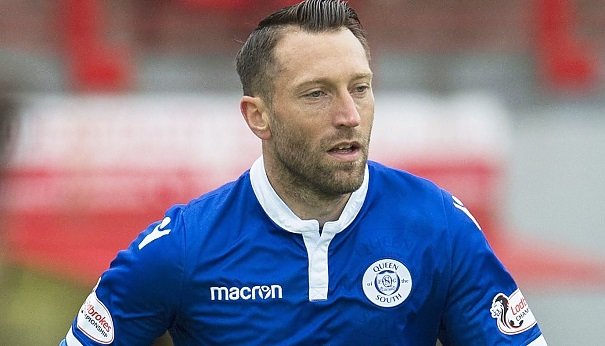 Craig Fowler selects his&nbsp;SPFL Team of the Week, with Queen of the South striker Stephen Dobbie the star man for his eight-minute hat-trick at Falkirk.

Craig Fowler selects his SPFL Team of the Week, with Queen of the South striker Stephen Dobbie the star man for his eight-minute hat-trick at Falkirk.

GK - Scott Bain (Dundee)
Dundee would surely have been defeated by a resilient Hibs side on Sunday were it not for the heroics of their goalkeeper. The pick of the bunch? His low stop to deny Anthony Stokes a second goal, with the visiting fans already cheering, preserving the 1-1 draw.

DC - Steven Anderson (St Johnstone)
St Johnstone came within 10 minutes of being the first Scottish side to defeat Celtic since... St Johnstone in May 2016, eventually drawing 1-1 at Parkhead. You can't get a point from Glasgow's East End without a stellar defensive showing - Anderson and his team-mates put in a gutsy performance to avoid defeat.

DC - Cedric Kipre (Motherwell)
The summer signing from Leicester City looks like an inspired piece of business as he continued his excellent form with a terrific display against Hearts. The centre-half was dominant at the back, helping to keep the Hearts attackers relatively quiet in a 2-1 Motherwell victory.

DC - Conrad Balatoni (Airdrieonians)
Airdrie are continuing to defy the odds in Ladbrokes League 1. Despite not having a manager, or much money to recruit players, they won for the second week in a row with a 2-0 triumph over Alloa, and are now up to fourth in the table. Balatoni, playing as a trialist, again impressed at the heart of the defence.

MR - Kallum Higginbotham (Dunfermline Athletic)
An exhilarating first-half showing from the winger inspired Dunfermline to a 4-0 victory and placed them at the summit of the Championship. Higginbotham was just electric in the first 45 minutes, netting his side's second goal of the game as the visitors ran all over a beleaguered Dumbarton.

MC - Ryan Christie (Aberdeen)
Two assists, a goal and an outrageous piece of skill; all in a day's work for Ryan Christie. The Celtic loanee was instrumental in the Dons' 4-3 victory over Partick Thistle, netting the first, winning the penalty for the third and providing the cross for Adam Rooney's winner.

MC - Liam Polworth (Inverness Caley Thistle)
Placed back into his strongest position in the centre of the park, Polworth was a real driving force for the Caley Jags in a 4-0 victory over Brechin City at Glebe Park. The 22-year-old got himself two assists as John Robertson’s side claimed their first league victory of the season.

ML - Lewis Morgan (St Mirren)
St Mirren announced their title credentials with a thoroughly deserved 3-0 victory over Dundee United at the Paisley 2021 Stadium. Their 20-year-old attacking midfielder was just unplayable and scored two excellent goals to set his side on the road to victory.

AM - Lewis Vaughan (Raith Rovers)
It’s an incredible run for Vaughan, who has now scored in eight consecutive games for the League 1 side after his double against East Fife helped secure a 5-0 victory for Barry Smith’s league leaders. Playing in a deeper role really seems to be bringing out the best in the 21-year-old.

FC - Alfredo Morelos (Rangers)
Another impressive showing from Rangers' leading scorer, who took his tally to five for the season in all competitions with a brace in the 3-1 win over Ross County. The Colombian was a menace throughout the first half, in particular, and was rewarded for his industry - even if he did get a helping hand from Scott Fox.

FC - Stephen Dobbie (Queen of the South)
Age is but a number. The 34-year-old took his tally to seven goals in all competitions with a hat-trick in just eight minutes either side of the interval at the Falkirk Stadium as Queen of the South inflicted more misery on the Bairns. Dobbie smashed in 26 goals last term and the early signs are that he could match that tally again.