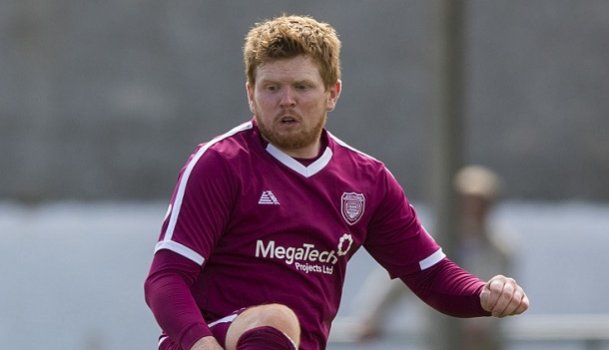 GK - Scott Fox (Ross County)
Although he ended up on the losing side, Fox put in a terrific performance in Ross County's defeat to Hibs. In fact, had it not been for the ex-Partick Thistle goalkeeper, the Staggies would have lost by more than a one-goal margin in what turned out to be Jim McIntyre's final game in charge.

DC - Ryan Williamson (Dunfermline Athletic)
The right-back put in another impressive showing as Dunfermline defeated Brechin City 3-0 to stay top of the Ladbrokes Championship table. Williamson has formed a terrific partnership down the right-hand side of the Pars team with Kallum Higginbotham.

DC - Craig Halkett (Livingston)
A commanding performance from the defender as Livingston continued their impressive start to the campaign by defeating Falkirk 2-0 at the Falkirk Stadium – a match that proved to be Peter Houston's final game in charge of the Bairns.

DC - Scott McKenna (Aberdeen)
The Aberdeen youngster came into the side to provide some aerial strength following last Thursday's disappointing Betfred Cup exit to Motherwell and he helped the Dons get some revenge with an assured display in the 1-0 win at Fir Park.

MR - Patrick Roberts (Celtic)
The Manchester City loanee earned himself an assist and was named as the Sky Sports man-of-the-match as Brendan Rodgers’ men earned a deserved 2-0 victory over Rangers at Ibrox.

MC - Ryan McCord (Arbroath)
This week's star man thanks to a hat-trick from central midfield for the former Raith Rovers and Alloa Athletic playmaker. The 6-2 victory at Stranraer means Arbroath have now scored an astonishing 11 goals in their last two away games.

MC - Mark Docherty (East Fife)
Docherty pulled the strings in midfield in what was probably the most complete performance of The Fife's League 1 campaign so far. He also tucked away two penalties in the deserved 3-0 win over Forfar Athletic at Bayview.

ML - Lewis Morgan (St Mirren)
The highly-rated midfielder made it eight goals in 12 appearances as St Mirren beat Queen of the South 3-1 on Sunday to stay just behind Dunfermline at the top of the table. His second goal was the better of the two, firing in a low drive from 25 yards.

FC - Scott McDonald (Dundee United)
After a shaky period, United looked back to somewhere approaching their best in the 2-1 win over Morton. Playing alongside James Keatings in attack, McDonald showed all his years of experience with a top-notch performance, which he capped with the winning goal seven minutes from time.

FC - Alan Trouten (Albion Rovers)
The experienced striker has been a goalscoring machine since moving to Cliftonhill in the summer. A double against Alloa Athletic at the weekend, in a 5-2 away win, took his tally to 13 goals in just 12 games for his new club as Brian Kerr’s men moved back into the play-off spots.

FC - Mark McGuigan (Stenhousemuir)
Another striker in great form in front of goal, McGuigan made it eight goals in 12 games with a double over Berwick Rangers as Stenhousemuir moved into third place in Ladbrokes League 2. His first goal at Ochilview on Saturday was of the highest calibre.