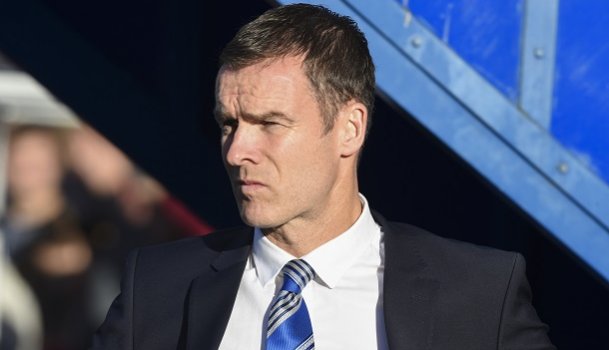 Stranraer have parted company with manager Brian Reid after dropping to the foot of the Ladbrokes League 1 table at the weekend.

Stranraer have parted company with manager Brian Reid after dropping to the foot of the Ladbrokes League 1 table at the weekend.

The Blues, who travel to Aberdeen in the fourth round of the Scottish Cup on Saturday, were beaten 1-0 by Stenhousemuir at Ochilview and that proved to be Reid's last game in charge.

The former Ayr United boss took over at Stair Park in the summer of 2015 when Stevie Aitken moved to Dumbarton. He steered the club into the play-off final last season but they missed out on a place in the Championship after losing on penalties to Ayr.

Stranraer released a statement that read: “After a meeting and discussion this evening, Stranraer FC can announce that manager Brian Reid has left the club by mutual consent.

“The club would like to thank Brian for all his endeavours over the past 20 months and wish him well for the future. Brian expressed his gratitude to the club for the opportunity to take the manager's job and was disappointed that the team weren't able to build on last season's run to the play-off final and wished Stranraer FC every success in the future.”