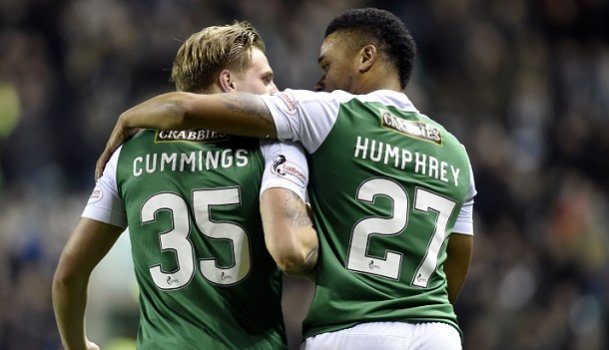 GK - Danny Rogers (Falkirk)
With Falkirk leading Saturday's match with Raith Rovers 2-1, Rogers pulled off a near-miraculous stop to keep out Kyle Benedictus' header. Almost immediately, the visitors went up the park and made it 3-1 and they would go on to win 4-1.

DR - Sean Crighton (Livingston)
The natural centre-back moved out to the right of the four as Declan Gallagher returned to the starting XI. He looked very good in his new position, putting in a couple of terrific deliveries, as Livingston defeated Peterhead 3-2 to strengthen their hold on the title race.

DC - Peter Grant (Falkirk)
Grant is once again a mainstay in the Falkirk XI, having fully recovered from a cruciate knee ligament injury suffered last January. Against Raith he was imperious at the centre of the back four, as the Bairns moved closer to Dundee United in second spot.

DC - Jason Marr (Alloa Athletic)
Stranraer dominated most of the possession in their home encounter with Alloa but came away with no points after two goals in three minutes allowed the visitors to nick it. The Wasps had their defence to thank for keeping them in the game at 1-0 down, with Marr standing out.

DL - James Penrice (East Fife)
The Partick Thistle loanee put in a strong showing in his second appearance for the Fife as the Methil club defeated Stenhousemuir 1-0. The 18-year-old put in a terrific shift up and down the left wing as Barry Smith's side made it five league wins on the bounce.

MR - Chris Humphrey (Hibernian)
It was said when Hibs signed the ex-Motherwell player that he was exactly what the Easter Road club needed, and that certainly seemed to ring true on Friday night. Dundee United could not handle the winger's pace, enabling the hosts to earn a comfortable 3-0 win.

MC - Gary Fisher (Albion Rovers)
Another all-action performance from the Cliftonhill favourite in the 1-0 win over Brechin City. Darren Young's charges had struggled for consistency recently, but that result, their second on the bounce, sees them move seven points clear of the relegation play-off spot and to within four of the top four.

MC - Nat Wedderburn (Dunfermline Athletic)
Dunfermline's revival continued apace thanks to a pair of first-half goals at Ayr, that saw them stretch their unbeaten run to seven league games. After Andy Geggan and Nicky Clark did the business in attack, it was up to the visitors to shut down Ayr's attempts at a comeback, which they did with a massive hand from midfield enforcer Nat Wedderburn.

ML - Dom Thomas (Queen of the South)
A sparkling debut from the winger signed on loan from Motherwell at the beginning of the January transfer window. He, along with John Rankin and Joe Thomson, all made their bows in the trip to St Mirren and Queens looked like a team transformed. They defeated the hosts 3-0, ending an 11-match winless run in the Championship.

FC - Jason Cummings (Hibernian)
Humphrey provided the added impetus which enabled Hibs to control the game, but you still need a man to finish off the chances that come. Championship top scorer Cummings is now back on top form after going nine games without a goal earlier in the season. He's hit four in his last four, and the double against United put Hibs firmly on the road to a massive three points.

FC - Dylan Nguene Bikey (Stirling Albion)
The super-quick Stirling Albion striker netted twice as his side swept away struggling Clyde 3-0 at Forthbank to take his tally to seven goals in seven games. The Binos were already leading when Bikey lashed the ball home with a superb angled drive and he soon doubled his tally to make certain of a valuable victory. The three points moved Stirling from joint-last position up to seventh in Ladbrokes League 2. He's this week's star man.