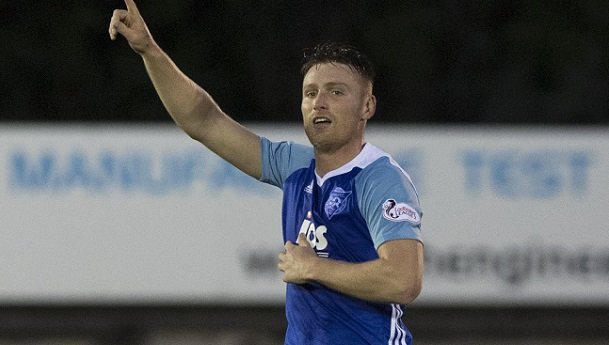 It was another dramatic night of Betfred Cup action on Tuesday, with the big shock coming at Balmoor as Peterhead beat Hearts 2-1.

It was another dramatic night of Betfred Cup action on Tuesday, with the big shock coming at Balmoor as Peterhead beat Hearts 2-1.

Rory McAllister scored a last-minute penalty for the League 2 side after Jason Brown's opener had been cancelled out by Kyle Lafferty.

There was also an upset at Cliftonhill, where Albion Rovers beat Hamilton Accies on penalties after a thrilling 4-4 draw. Alan Trouten hit a hat-trick for Brian Kerr's men, who equalised in stoppage time through Ross Davidson.

Falkirk are through to the last 16 after sealing top spot in Group A with a 4-0 home win over Forfar Athletic, helped by a Myles Hippolyte hat-trick.

Livingston also booked their place in Sunday's draw with a 4-2 victory at Stranraer to top Group H and Motherwell progress as Group F winners after coming from behind to defeat Edinburgh City 2-1 at Ainslie Park.

Simon Murray scored three times against his former club as Hibernian thrashed Arbroath 6-1 at Easter Road and Raith Rovers won away to Highland League Buckie Thistle by the same score.

Ayr United made it three wins out of three in Group E thanks to a 5-1 home victory over Clyde and Partick Thistle beat Airdrieonians 2-1 at the Excelsior Stadium.

There is one game on Wednesday evening, with Cowdenbeath facing Dundee at Central Park.