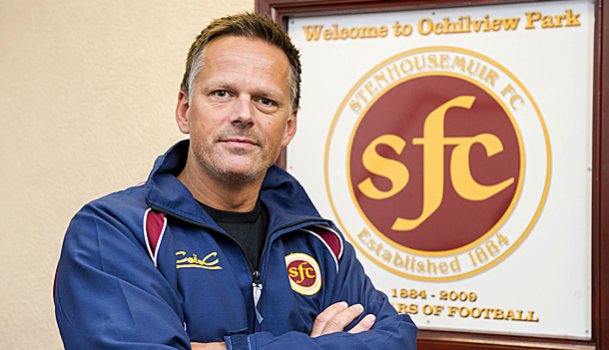 Stranraer remain top of League 1 despite suffering their first league defeat since the end of August.

Stranraer remain top of League 1 despite suffering their first league defeat since the end of August.

Morton moved to within two points of the summit with a dramatic 4-3 win against Stirling Albion at Forthbank.

Sandy Cunningham, Ross McGeachie and Angus Beith had the Binos 3-1 up - Joe McKee netting for Morton - but a Declan McManus double and a Craig Wedderburn own goal turned the game round. Stirling had keeper Callum Reidford sent off in stoppage time but Lewis Coult saved McManus' penalty.

Bryan Prunty's early double helped Airdrieonians ease to a 3-0 home win over Ayr United at the Excelsior Stadium. A Kevin McKinlay own goal sealed the points after Paul Slane had been sent off.

The games between Brechin and Dunfermline and Peterhead and Forfar were postponed due to frozen pitches.