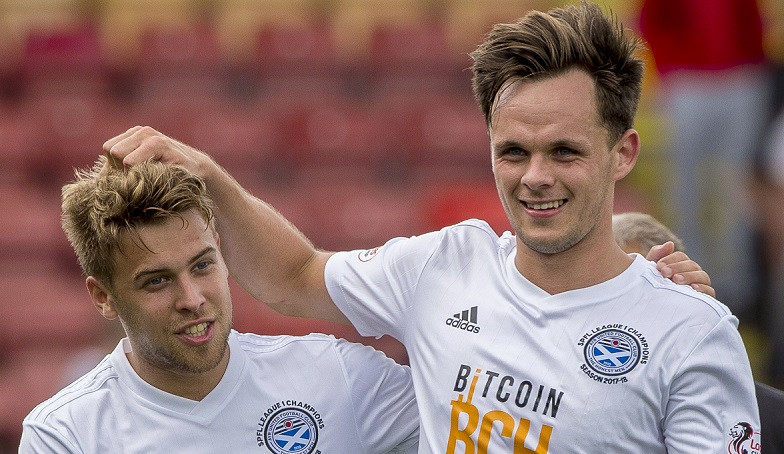 12 – Ayr United defeated Partick Thistle 2-0 at The Energy Check Stadium at Firhill to finish top of Betfred Cup Group E with a 100% record. Ian McCall’s side are the masters of the Betfred Cup group stage – this is the second consecutive year they have won four games out of four, something no other side has managed. In three seasons of the Betfred Cup group stage, the Honest Men have picked up 11 wins out of 12, with their solitary defeat coming against St Mirren in 2016/17. Lawrence Shankland sealed the win with a stunning goal in the second half which moved him on to seven goals for the tournament, level with Queen of the South’s Stephen Dobbie.

4 – Dunfermline Athletic finished top of Betfred Cup Group D thanks to a 3-1 victory over Stirling Albion at East End Park. Allan Johnston’s side were one of just two sides to finish with four wins out of four in the group stage, racking up 14 goals and conceding just two. Myles Hippolyte netted a double to take his tally for the season to four goals – he had previously scored just four times in the previous 11 months at Falkirk and St Mirren. The Pars extended their unbeaten run against the Binos to 12 matches in all competitions, with Stirling’s last win coming back in October 2007.

5 – Heart of Midlothian secured their spot in the last 16 of the Betfred Cup after beating Inverness Caledonian Thistle 5-0 to top Group C. The Jam Tarts also beat Cowdenbeath 5-0 in midweek – this is the first time they have scored five times in back-to-back matches since March 1963, when they followed up a 5-0 win over Falkirk at Tynecastle by beating Clyde 6-0 at Shawfield. Uche Ikpeazu and Steven Naismith both netted doubles in Sunday’s victory – the last time two Hearts players scored twice in the same match was also against Inverness, when Don Cowie and Sam Nicholson did so in a 5-1 win in August 2016.

1 – St Johnstone finished top of Betfred Cup Group B after coming from behind to beat Forfar Athletic 3-1 at Station Park. Tommy Wright’s side conceded just one goal in their four matches in the group campaign, giving them the joint best defensive record along with Ayr United, Dundee and Livingston. Saturday’s success was Saints’ ninth straight victory over the Loons – the last time Forfar managed a draw was March 1989 and the last time they beat Saints was February 1987.

6 – St Mirren sealed their place in the last 16 of the Betfred Cup after thumping Dumbarton 6-0 to finish as one of the best runners-up.  Alan Stubbs’ side had won each of their previous three ties on penalties but emphatically swept aside the Sons to ensure their goal difference was good enough to seal a spot in the next round.  Saturday’s victory was Saints’ record win at the Simple Digital Arena since moving there in 2009 – Dumbarton were also the victims the last time St Mirren won a home match by a margin of 6+ goals – that was a 7-0 League Cup win at Love Street in August 2008.