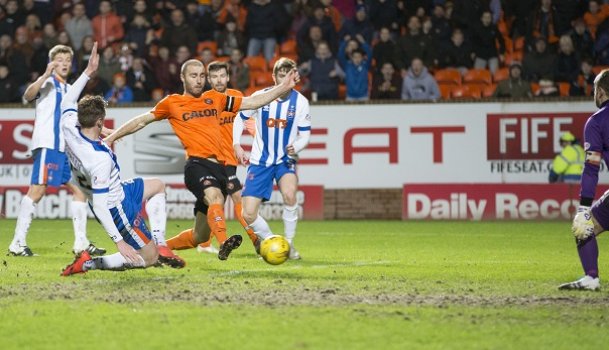 @splstats looks at some of the numbers behind the weekend games, with the focus on Dundee United, Aberdeen, Hibernian, Peterhead and Elgin

@splstats looks at some of the numbers behind the weekend games, with the focus on Dundee United, Aberdeen, Hibernian, Peterhead and Elgin.

4 Dundee United gave themselves a glimmer of hope at the bottom of the Ladbrokes Premiership table, moving to within 11 points of Kilmarnock after thumping the Ayrshire side 5-1 at Tannadice on Saturday. Mixu Paatelainen’s side had the game wrapped up by half-time, racing into a 4-0 lead before the break. There have been just two other occasions since 2000 where United scored four in the first half, and one of those was also against Killie – a 4-1 win back in March 2004. The other was their 6-2 victory against Dundee on New Year’s Day 2015. Killie have not enjoyed visiting Tannadice in recent years – they have shipped three or more goals on seven of their last 10 visits, and have picked up just one win since 2009.

10 Aberdeen defeated Dundee 1-0 at Pittodrie on Friday night to keep in touch with Celtic at the top of the Ladbrokes Premiership ahead of their February 3 showdown. The Dons are unbeaten in 10 league matches since going down 3-1 in their last meeting with Celtic at the end of October. This is just the third time in the last 20 years that the Dons have managed a 10-game unbeaten run - Craig Brown’s side did it from August to September 2012, while McInnes guided his team to a 13-game streak last season. Adam Rooney netted the only goal of the game on Friday night – the striker has now netted in ten of his last 12 Premiership appearances.

13 Hibernian beat St Mirren 3-1 at Easter Road to move to within two points of Rangers at the summit of the Ladbrokes Championship, although the leaders have the chance to extend that when they play Morton at Cappielow on Monday night. Alan Stubbs’ side remain unbeaten at home in the league, picking up 29 points from a possible 33 at Easter Road. If you include their final two fixtures of last season, their unbeaten run extends to 13 Championship fixtures, their best sequence in the league since the late 1990s. Anthony Stokes made a dream return to the club, coming off the bench to net his 25th goal for Hibs in just 49 appearances. The striker’s previous game for the club was also against St Mirren – a 1-0 defeat in Paisley in August 2010.

10 Peterhead extended their unbeaten record in Ladbrokes League 1 after holding leaders Dunfermline Athletic to a goalless draw at Balmoor on Saturday. Jim McInally’s side have now gone 10 league matches without defeat, their best ever unbeaten run in the third tier of Scottish football. They have recorded unbeaten runs of this length or better on three previous occasions since joining the SFL in 2000, but those all came in the fourth tier.  Saturday’s match was the Blue Toon’s eighth league meeting with the Pars, and six of those have finished as draws, with the sides sharing one win apiece.

10 Elgin City moved five points clear at the top of Ladbrokes League 2 after beating Berwick Rangers 1-0 at Borough Briggs. City remain unbeaten at home in the league this season, picking up 26 points from a possible 30. Their current unbeaten run of 10 home games equals their best run since joining the SFL in 2000. Jim Weir’s side have now recorded four consecutive league wins, which is their best sequence since February 2012.