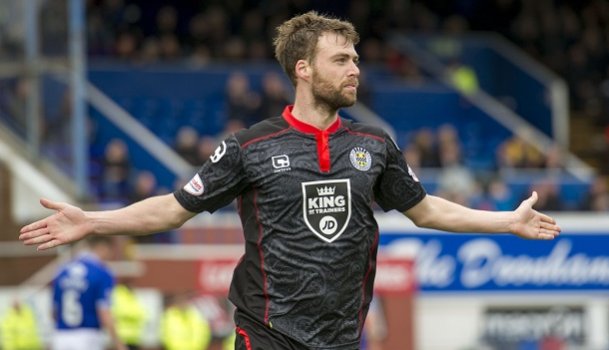 Resident statto @splstats looks at some of the numbers behind the weekend games, with the focus on Celtic, Rangers, St Mirren, Alloa and Arbroath.

Resident statto @splstats looks at some of the numbers behind the weekend games, with the focus on Celtic, Rangers, St Mirren, Alloa and Arbroath.

36 – Celtic remain 25 points clear at the top of the Ladbrokes Premiership after defeating Dundee 2-1 at Dens Park on Sunday. The Bhoys have still not lost a domestic match under Brendan Rodgers – since taking over in the summer the Northern Irishman has led his side to 34 wins and two draws. This 36-match unbeaten run equals the club record for the best start to a domestic season, matching the tally set by Willie Maley’s side exactly a century ago in the 1916/17 campaign. Sunday’s victory extends Celtic’s unbeaten run at Dens Park to 28 matches – Dundee’s last home win against the Hoops came in September 1988, when Tommy Coyne scored the only goal

27 – Rangers defeated Hamilton Academical 4-0 at Ibrox on Saturday to hand Pedro Caixinha a winning start to his managerial reign. The Portuguese manager could hardly have chosen better opposition to get things underway – Saturday’s success extended the Gers’ unbeaten league run against Accies to 27 matches. Rangers have won 25 of those matches, drawing just twice, and have racked up an aggregate scoreline of 81-14 in the process. Accies’ last league win against Rangers came all the way back in December 1938, although they did famously beat them at Ibrox in the Scottish Cup in January 1987.

4 – St Mirren continued their recent resurgence with a 2-0 victory over Queen of the South at Palmerston in the Ladbrokes Championship. Saints looked to be relegation certainties a month ago, but have won four of their last six league matches to move to within a point of Ayr United in the play-off spot, and just four points away from the complete safety of eighth. Jack Ross and his side have picked up 14 points from seven matches since the start of February, having previously taken just 13 from their opening 22 fixtures. A key part of this improvement has been the performance of their new defence – they have kept four clean sheets in their last six league matches, having previously kept just one all season.

7 – Alloa Athletic remain in second place in Ladbrokes League 1 after drawing 0-0 with nearest challengers East Fife at Bayview on Saturday. Jim Goodwin’s side have won four and drawn three of their last seven away matches, and have not lost on the road since mid-November. This seven-match run in all competitions equals the Wasps’ best unbeaten away streak since the turn of the century but they still have some way to go to match the club record of 13 away matches without loss, set under Terry Christie between May and October 1999. Alloa are unbeaten in five matches against the Fifers this season, which should provide them with a great deal of confidence ahead of a potential play-off clash in May.

11 – Arbroath defeated Berwick Rangers 2-0 at Shielfield to close the gap on Forfar Athletic at the top of Ladbrokes League 2 to one point. The Red Lichties fell 11 points behind Forfar after losing at home to the Loons in early February, but have clawed their way back into the title race thanks to a timely six-match unbeaten run. Dick Campbell’s side have built their title challenge on an excellent away record – Saturday’s win saw them set a new club record of 11 league matches unbeaten away from home.