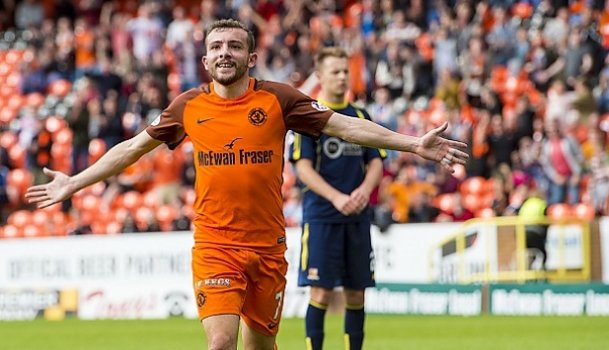 Resident statto @splstats looks at some of the numbers behind the games in the second round of the IRN-BRU Cup.

Resident statto @splstats looks at some of the numbers behind the games in the second round of the IRN-BRU Cup.

9 – Raith Rovers moved into the third round of the IRN-BRU Cup after a 4-0 win over Ross County U20s at Stark’s Park. Rovers scored all four of their goals inside the opening half hour, with in-form attacker Lewis Vaughan netting a double for the second consecutive week. Vaughan has now scored in each of Raith’s last nine matches, netting a total of 13 goals. Barry Smith’s side have recorded five consecutive wins in all competitions, which is their best run since July-August 2012.

5 – Queen of the South thumped Berwick Rangers 5-0 at Shielfield in round two. The match was goalless at half-time but Gary Naysmith’s side scored five times without reply in the second half to secure their progress. The last time Queens scored five goals in a single half came in the first half of a 6-0 victory over Brechin City at Station Park back in March 2013, a win which sealed the Second Division title. Saturday’s win was the first time the Doonhamers had scored five goals in an away match since a 5-1 victory over Cowdenbeath in January 2015.

7 – Dumbarton moved into the third round of the IRN-BRU Cup after new signing Dimitris Froxylias scored a free-kick in the dying moments of extra time to hand them a 2-1 victory over Welsh side Connah’s Quay Nomads.  Amazingly, this is just the second time in the history of the Challenge Cup that the Sons have progressed through two rounds of the competition. The only other occasion came back in 2002/03, when they defeated East Fife and Ayr United before losing to Queen of the South. In fact, Dumbarton have won just seven matches in the competition, and have lost in the first round in 22 of the 26 seasons in which they have competed in the tournament.

6 – Holders Dundee United left it late to beat Alloa Athletic 3-1 and secure a place in round three of the IRN-BRU Cup. The match was level at 1-1 after 90 minutes, but stoppage time goals from Paul McMullan and Willo Flood handed them the victory. Ray McKinnon’s side have a 100% record at Tannadice this season, winning all six of their home matches across three competitions. The Terrors have only lost one of their 31 home matches since McKinnon took over at the start of last season – that came against Hibs back in March.

5 – Dunfermline Athletic sealed their place in round three of the IRN-BRU Cup with a 3-0 victory away to Highland League champions Buckie Thistle. Allan Johnston’s side have now recorded five consecutive victories in all competitions, which is their best run since February - March 2016, when they were still in League 1. The Pars have already scored 31 goals in their 11 matches in 2017/18 and Saturday’s win was the sixth time they have scored three or more goals this season.