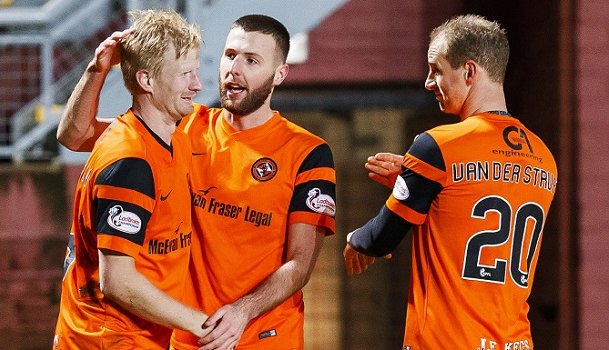 Resident statto @splstats looks at some of the numbers behind the weekend games, focusing&nbsp;on Aberdeen, Celtic, Dundee United, East Fife and Montrose.

Resident statto @splstats looks at some of the numbers behind the weekend games, focusing on Aberdeen, Celtic, Dundee United, East Fife and Montrose.

9 Aberdeen climbed to second in the Ladbrokes Premiership after defeating Partick Thistle 2-0 at Pittodrie. The Dons are unbeaten in their last nine matches against the Jags and have recorded wins in each of their last four meetings. Efficiency has been key for Aberdeen against Thistle – they have not scored more than two goals in any of those nine matches. Derek McInnes has turned Pittodrie into something of a fortress; his side have lost just once in 16 home outings this season in all competitions and that came against runaway Premiership leaders Celtic.

19 Celtic defeated St Johnstone 5-2 at McDiarmid Park to move 27 points clear of the Dons at the top of the table. The Bhoys trailed 2-1 at half-time but turned things around thanks in part to the introduction of substitute Moussa Dembele.  Dembele scored the game-changing equaliser from the spot in the 61st minute then added further goals in the 75th and 85th minutes to complete his second hat-trick of the season. Dembele became the first substitute to score a hat-trick in the Ladbrokes Premiership since Leigh Griffiths scored three against Kilmarnock in April 2015. Celtic’s success was their 19th in a row in the league, and they are now just six matches short of equalling their own league record for consecutive wins.

16 Dundee United moved to within six points of Hibernian at the top of the Ladbrokes Championship after beating Raith Rovers 3-0 at Tannadice on Saturday evening. The Terrors are unbeaten at home in all competitions this season – they have picked up 12 wins and three draws from 15 home fixtures. When you include their final home match of last season their unbeaten streak stretches to 16 matches, which is their best run since 1989/90. United boss Ray McKinnon has now gone over a year without suffering a home defeat – he also strung together an eight-match unbeaten run at the end of last season while in charge of Raith Rovers.

11 East Fife remain just a point off the final League 1 promotion play-off spot after coming from two goals down to salvage a 2-2 draw against Queen’s Park at Hampden. The Fifers are now unbeaten in 11 matches in all competitions, with their last defeat coming in their last meeting with the Spiders back in November. This marks their best unbeaten run since they went 12 without defeat at the end of their 2007/08 Third Division title-winning campaign.

12 Montrose defeated Stirling Albion 2-1 at Forthbank to move to within a point of the League 2 promotion play-offs. The Gable Endies were in ninth place as recently as January 7 but have recorded three consecutive 2-1 victories to climb to fifth and raise hopes of a first promotion since 1995. The victory ended Montrose’s dismal run of 12 matches without a win against Stirling – their last victory was 3-2 at Links Park in December 2012.