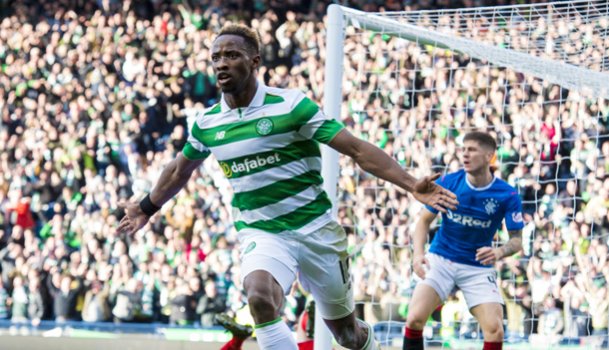 Resident statto @splstats looks at some of the numbers behind the weekend games in the Betfred Cup and the SPFL:

Resident statto @splstats looks at some of the numbers behind the weekend games in the Betfred Cup and the SPFL:

6 Aberdeen defeated Greenock Morton 2-0 on Saturday to secure a spot in the Betfred Cup final. It was a sixth consecutive victory for Derek McInnes’ side, who have only conceded two goals in those matches. The Dons had gone 16 years without a win at Hampden, having suffered six straight defeats at the National Stadium since beating Hibs 2-1 in the Scottish Cup semi-final in April 2000. The Dons are now unbeaten in 19 consecutive games against Morton, a run which extends back to 1982. Aberdeen have reached the League Cup final for the 14th time – they have won the trophy six times, with the most recent success coming two years ago.

10 Celtic defeated Rangers 1-0 in Sunday’s second semi-final to join the Dons in next month’s final. Moussa Dembele was again the Bhoys’ hero, taking his tally to 10 goals in his last 10 matches and 14 for the season. This will be their 31st League Cup final - they have won the trophy 15 times, most recently in 2014/15. Celtic and Aberdeen have met in eight major finals, and have four wins apiece.

10 Inverness CT moved into the top six in the Ladbrokes Premiership after a 1-1 draw against Kilmarnock at the Tulloch Caledonian Stadium on Saturday.  Lonsana Doumbouya’s late equaliser extended the Caley Jags’ unbeaten home run against Killie to 10 matches. The Ayrshire side’s last victory in Inverness came in December 2010 – since then they have drawn five and lost five in the Highland capital. Before that 2010 win, Killie had suffered five straight defeats at the Caley Stadium, which means they have only won once in their last 16 visits.

9 Dundee United climbed to second in the Ladbrokes Championship after defeating Dumbarton 2-1 at Tannadice on Saturday. Ray McKinnon’s side remain unbeaten at home in all competitions – they have picked up seven wins and two draws at Tannadice, despite keeping just two clean sheets. United are one of just four teams in Scotland who have not lost a home match this season, with Aberdeen, Rangers and Morton being the other three. The Tangerines have now won six consecutive home matches against Dumbarton, and are unbeaten in their last 12. The Sons’ last victory at Tannadice came in January 1958.

4 Ayr United moved up to sixth in the Ladbrokes Championship after defeating Queen of the South 1-0 at Somerset Park. Ian McCall’s side have kept four consecutive clean sheets in all competitions, which is their best run since the 2010/11 season. The Honest Men are now unbeaten in their last six home matches, picking up four wins and two draws. Ayr have been keeping their fans on edge throughout that run - all four of those victories were by a single-goal margin.