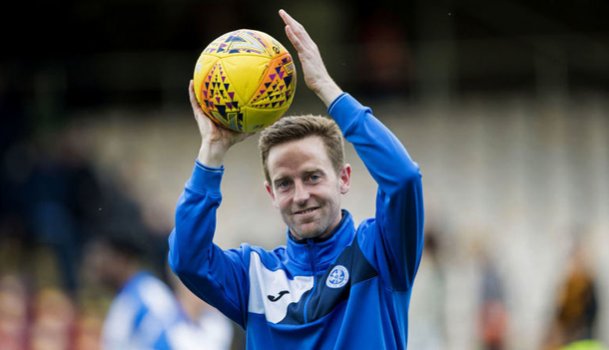 Resident statto @splstats looks at some of the numbers behind the weekend games in the Ladbrokes Premiership and play-offs&hellip;

3 – Steven MacLean signed off his St Johnstone career in style, netting a hat-trick in a 5-1 victory over Motherwell at Fir Park. The striker scored 57 goals in 203 in appearances for Saints, with his most important coming in the 2014 Scottish Cup final victory over Dundee United. Saturday’s treble was the second hat-trick of his Saints career – he also netted three against another Lanarkshire side, Hamilton Accies, in a 4-1 win at McDiarmid Park in 2015. He was the first Perth player to score a hat-trick away from home since Peter MacDonald in December 2009 – that was also at Fir Park, in a 3-1 victory.

15 – Dundee United moved into the Ladbrokes Premiership play-off semi-final after beating Dunfermline Athletic 2-1 in Friday night’s quarter-final second leg. The Terrors extended their unbeaten run against the Pars to 15 in all competitions, a run which stretches back almost seven years. Dunfermline’s last win over United came in August 2011, when Paul Burns netted the only goal – since then, Dundee United have picked up 11 wins and four draws. Csaba Laszlo’s side now face Livingston in the semi-final, as they aim to return to the Premiership after two years in the second tier.

4 – Alloa Athletic beat Raith Rovers 2-1 at Stark’s Park to set up a Ladbrokes Championship play-off final against Dumbarton. Jim Goodwin’s side have picked up four wins and a draw in their last five matches, including a win over champions Ayr United and victories in both legs against runners-up Raith. This is the fourth time in the last six seasons that Alloa have taken part in these play-offs, and they have reached the final on all four occasions. They defeated Dunfermline Athletic in 2012/13 and triumphed against Forfar in 2014/15, but lost to Brechin in last season’s final. The Wasps are aiming to buzz back into the Championship after being relegated in 2016, while the Sons will be trying to secure a seventh consecutive season in the second tier.

8 – Peterhead breezed into the Ladbrokes League 1 play-off final thanks to a 3-0 victory over Stirling Albion. Jim McInally’s side continued the excellent form which saw them push Montrose to the final day in the League 2 title race – they have now recorded eight consecutive victories and have conceded just two goals in the process. The Blue Toon will be hoping this season proves to be sixth time lucky in the play-offs – they have been unsuccessful in five previous campaigns across both the second and third tier. This will be their third final – they lost on penalties to Partick Thistle in the 2005/06 First Division final and were thumped 7-2 on aggregate by Forfar in the 2016/17 League 1 final.

113 – Cowdenbeath’s future in the SPFL remains on a knife edge after a nervy 0-0 draw with Cove Rangers at Harlaw Park in the first leg of the Ladbrokes League 2 play-off final. The Blue Brazil have been members of the Scottish Football League (and then SPFL) for 113 years but are fighting relegation for the second straight year. Last season they faced East Kilbride and survived on penalties after a 1-1 draw on aggregate. They will be hoping for a more comfortable passage to safety when Cove visit Central Park on Saturday.