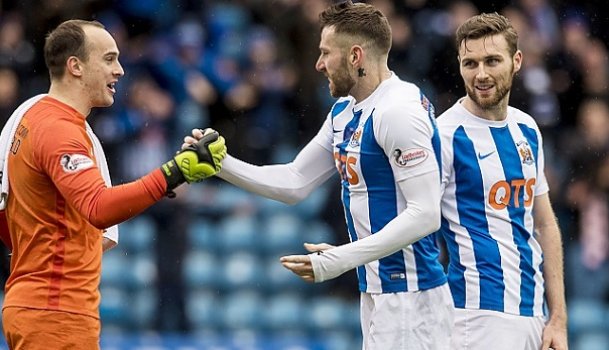 Resident statto @splstats looks at some of the numbers behind the weekend games across the four divisions of the SPFL&hellip;

5 – Kilmarnock climbed back into the top six of the Ladbrokes Premiership courtesy of a 1-0 victory over Celtic at Rugby Park. It was Killie’s first win over Celtic in over five years and their first at Rugby Park since February 2010, when Chris Maguire scored the only goal.  Steve Clarke has now led his side to five consecutive victories at Rugby Park – prior to this run they had only earned five wins in 25 at home. The Arctic Monkeys were topping the UK album charts with their debut ‘Whatever People Say I Am That’s What I’m Not’ the last time Killie notched up five victories in a row at home between January and March 2006.

10 – Heart of Midlothian defeated St Johnstone 1-0 at Tynecastle in the Ladbrokes Premiership to extend their home unbeaten run to 10 matches. The Jam Tarts have still not lost at the newly-redeveloped Tynecastle Park – their last home defeat came against Kilmarnock in their final game at Murrayfield back in early November. Craig Levein’s side have picked up five wins and five draws during this run, and have conceded just two goals in the process. David Milinkovic scored the only goal on Saturday – the French/Serbian forward has scored three times in his last four matches.

4 – Livingston defeated Falkirk 3-1 at The Falkirk Stadium to strengthen their hold on one of the Ladbrokes Championship promotion play-off places. David Hopkin’s side are now six points clear of fifth-placed Dunfermline, having played a game fewer, and are just a point behind second-placed Dundee United. Saturday was Livi’s fourth consecutive away win against Falkirk, three of them this season, a run which stretches back to the March 2016.  Since being relegated from the SPL in 2006, Livingston have not finished above fourth in the second tier but Livi will be hoping to better that this time around.

12 – Raith Rovers returned to the top of Ladbrokes League 1 following their 3-1 victory over Queen’s Park at Hampden. Barry Smith’s side bounced back from their recent disappointing run and took advantage of Ayr United’s defeat to Alloa to move two points clear of the Honest Men with a game in hand. It should have come as little surprise that Rovers took all three points away from Glasgow – they have recorded six consecutive league wins over the Spiders at Hampden, and are unbeaten in their last 12 in the league, although they did lose a Scottish Cup in December 2005. Queen’s Park’s last league win over Raith at Hampden came in the same month that The Smiths were formed – that came in May 1982, when they won 2-0 thanks to Jim Nicholson and a Tom Houston own goal.

20 – Stirling Albion defeated Elgin City 3-1 at Forthbank to move three points clear of the Black and Whites in the race for the final Ladbrokes League 2 promotion play-off spot. Darren Smith was the Binos’ hero, scoring two goals to take his league tally for the season to 20 goals. The former Scotland U21 forward is the first player across all four divisions of the SPFL to reach 20 league goals – he has scored three more than his nearest rivals, Rory McAllister, Mark McGuigan and Lawrence Shankland. Smith is the first Stirling Albion player to reach 20 league goals in a season since Scott McLean netted 21 in 2003/04.