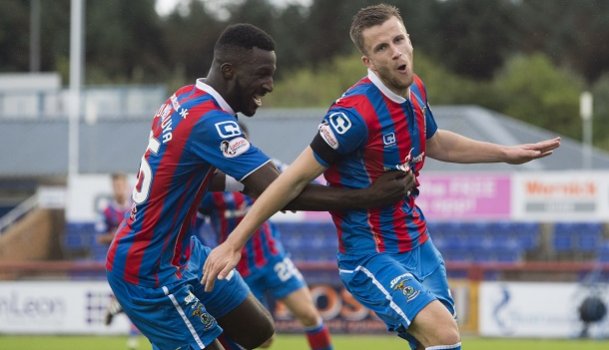 @splstats looks at some of the numbers behind the weekend game, with the focus on Celtic, Inverness CT, Queen of the South, Albion Rovers and Forfar Athletic.

@splstats looks at some of the numbers behind the weekend game, with the focus on Celtic, Inverness CT, Queen of the South, Albion Rovers and Forfar Athletic.

6 Celtic are four points clear at the top of the Ladbrokes Premiership table after thumping Kilmarnock 6-1 at Celtic Park on Saturday. The Bhoys have won all eight of their home matches this season, and have averaged a whopping four goals per game at Parkhead. Scott Sinclair was once more on the scoresheet – he has scored in every Premiership match since joining Celtic in the summer. In doing so, Sinclair has become just the second Celtic player to score in each of his first six league appearances for the club – John “Dixie” Deans achieved the same feat after joining the club from Motherwell in 1971.

16 Inverness Caledonian Thistle moved up to eighth in the Ladbrokes Premiership after defeating Dundee 3-1 at the Tulloch Caledonian Stadium. Richie Foran’s side extended their unbeaten run against Dundee to 16 matches in all competitions – Dundee’s last victory came in the Challenge Cup final in November 2009. It has been over a decade since Dundee defeated Inverness in the league - Steven Robb, Tam McManus and John Sutton handed them a 3-1 victory back in January 2005.  The Caley Jags have still never lost to Dundee at the Caledonian Stadium - they have picked up five wins and four draws in nine meetings. Dundee’s only victory over ICT in Inverness came at Telford Street in the 1994/95 Challenge Cup, and even that victory was on penalties after a 1-1 draw.

17 Queen of the South remain top of the Ladbrokes Championship with 17 points after holding Hibernian to a 0-0 draw at Palmerston. Gavin Skelton’s side have picked up five wins and two draws from their opening seven fixtures, which marks their best ever start to a second tier campaign. The Doonhamers’ current streak of seven league matches without a loss is their best run since they were promoted in 2013. The tight nature of Saturday’s match should have come as little surprise – the last five matches between these clubs at Palmerston have produced just seven goals.

70 Albion Rovers moved up to sixth in the Ladbrokes League 1 table after defeating Airdrie onians2-0 in the first North Lanarkshire derby of the season. This was Rovers’ first league win in Airdrie in over 70 years, with their last success coming in the first season after World War II. Back then, Rovers recorded a 2-1 victory at Broomfield courtesy of goals from Bill Hannah and David Martin. In those intervening seven decades, Rovers visited Airdrie nine times on league duty and came away with four draws and five defeats.

7 Forfar Athletic defeated Clyde 1-0 at Broadwood to extend their lead at the top of the Ladbrokes League 2 table to eight points. The Loons have the only 100% record in the SPFL, having earned seven wins out of seven in the league.  Gary Bollan’s side have now equalled the best ever start to a fourth-tier season, matching the performances of Livingston in 1995/96 and Berwick Rangers in 2005/06. Forfar have also equalled a club record for consecutive league victories, having previously claimed seven in a row in February-April 1995 and again in March-April 2010 – on both occasions they went on to gain promotion.