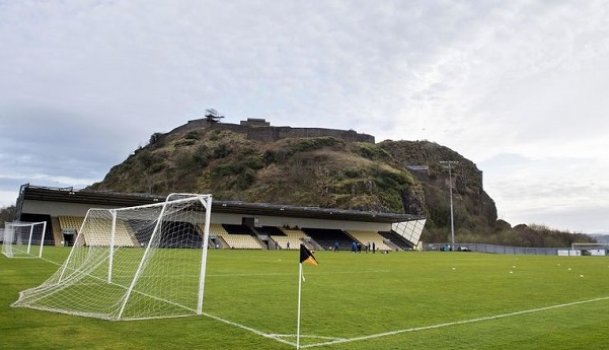 The second legs of the Ladbrokes Championship, League 1 and League 2 play-offs take place on Saturday and Sunday.

The second legs of the Ladbrokes Championship, League 1 and League 2 play-offs take place on Saturday and Sunday.

Dumbarton (1) v (0) Alloa Athletic - Sunday, 4.10pm (BBC ALBA)
A stunning strike from Stuart Carswell settled the first leg at the Indodrill Stadium in Dumbarton's favour and ended Alloa's recent good run. The Wasps lost out to Brechin City in last season's Championship play-off final and are aiming to avoid a double defeat. The Sons have been established as a Championship side for several years and are aiming to extend that impressive sequence.

Peterhead (0) v (2) Stenhousemuir - Saturday, 3.00pm
A Mick Dunlop double has put Stenhousemuir firmly in the driving seat as they ended Peterhead's eight-match winning run on Wednesday. Brown Ferguson's men finished more than 20 points behind the Blue Toon but have now won four of the five meetings between the teams this season. Jim McInally's side have a big task ahead if they are to return to League 1 at the first time of asking.

Cowdenbeath (0) v (0) Cove Rangers - Saturday, 2.00pm
Cowdenbeath are fighting to remain in the SPFL for the second season in a row, having beaten East Kilbride on penalties 12 months ago. Highland League champions Cove, managed by John Sheran, had the best of the first leg but failed to take their chances. Blue Brazil boss Gary Bollan will be hoping his side can make home advantage count in the return tie.