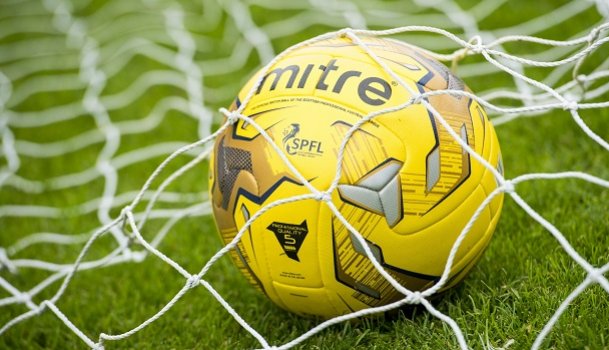 There are no games in the Ladbrokes Premiership this weekend due to the international break but there is plenty going on elsewhere.

There are no games in the Ladbrokes Premiership this weekend due to the international break but there is plenty going on elsewhere.

We look at some of the numbers behind Saturday’s matches:

75 Rangers and Dunfermline Athletic are the joint-top scorers in the SPFL, having both scored 75 league goals this season. Mark Warburton's men will look to add to that tally against Queen of the South at Ibrox on Saturday while the Pars take on Brechin City with a chance of clinching the Ladbrokes League 1 title if results go their way.

9 Falkirk have the opportunity to move nine points clear of third-placed Hibernian in the Ladbrokes Championship when they play Livingston at the Falkirk Stadium, although Hibs will have three games in hand - their home match with Dumbarton is postponed due to international call-ups. The Bairns have lost only once at home this season and that was back in October against Hibernian.

10 Raith Rovers’ midweek win at St Mirren moved them 10 points clear in the final play-off spot in the Ladbrokes Championship. They head west again on Saturday to play fifth-placed Morton. Jim Duffy’s men have won six, drawn three and lost six of their 15 matches at Cappielow, scoring 15 goals and conceding 15.

20 Peterhead are chasing a 20th game without defeat in Ladbrokes League 1 when they face Cowdenbeath at Balmoor on Saturday. Jim McInally's men are unbeaten since going down 4-3 at Stenhousemuir at the end of October. They have lost just once at home, scoring 39 goals in the process, and thrashed the Blue Brazil 7-0 at Balmoor in November. Colin Nish's side have slipped to the foot of the table and are a point below both Brechin and Forfar.

4 Brechin City have had a marvellous March so far, notching up four straight wins to move off the bottom of the table. Darren Dods’ side will be tested to the full as they seek to extend that run against Dunfermline at East End Park – the Pars have lost just twice at home and have scored 39 goals in their 15 games so far.

4 East Stirlingshire are looking to end a run of four straight defeats when they play Stirling Albion at Forthbank. Shire are now eight points adrift of Arbroath at the bottom of Ladbrokes League 2 but they beat the Binos 3-2 at Ochilview when the sides last met on January 2.