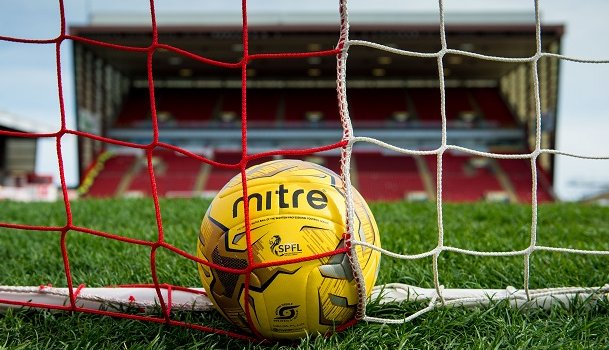 Some facts and figures ahead of this weekend&rsquo;s games in the SPFL, with Celtic, Hibernian, Brechin City and Forfar Athletic topping the four divisions.

Some facts and figures ahead of this weekend’s games in the SPFL, with Celtic, Hibernian, Brechin City and Forfar Athletic topping the four divisions.

7 Celtic enjoy a seven-point lead at the top of the Ladbrokes Premiership as they prepare to face second-placed Aberdeen at Pittodrie on Saturday, live on Sky Sports at 12 noon. Brendan Rodgers' side have won eight and drawn one of their nine games so far, scoring 30 goals in the process. The Dons have lost only two of 10 league games - at Parkhead in August and at Hamilton in midweek.

3.14 Ladbrokes League 1 has been the best place to see goals in the SPFL this season, with the 50 matches played so far producing a total of 157 goals, for an average of 3.14 per match. Livingston (25) and Alloa Athletic (23) have been the most prolific teams in that division but leaders Brechin City have the best defensive record by some distance.

1 Hibernian have a three-point cushion in the Ladbrokes Championship but the four clubs immediately below them are separated by only a single point. Dundee United and Queen of the South are on 18 points, with Raith Rovers and Falkirk one behind. United host the Bairns this weekend, with Rovers at home to Queens, live on BBC ALBA.

5 Hamilton Accies and Arbroath are the SPFL's draw specialists so far, with both sharing the spoils on five occasions. Accies are looking to build on Tuesday's 1-0 win over Aberdeen when they welcome bottom club Dundee to the SuperSeal Stadium and Arbroath, who have suffered just one defeat in Ladbrokes League 2, make the long trip south to play Berwick Rangers.

15 No team in the SPFL have picked up more points on their travels this season than Elgin City. Jim Weir’s side, who are second in Ladbrokes League 2, have won five of their six away games, losing just one and scoring 18 goals in the process. Their home form has been indifferent and they will be looking to put that right against Cowdenbeath at Borough Briggs on Saturday.

2 Two clubs are still looking for their first league win of the season. St Mirren face Ladbrokes Championship leaders Hibernian at Easter Road having recently knocked Neil Lennon's side out of the IRN-BRU Cup while Edinburgh City are looking to get off the mark in Ladbrokes League 2. They travel to Forfar and are back at Station Park on Tuesday for a Scottish Cup replay after the sides drew 0-0 at Meadowbank Stadium last weekend.