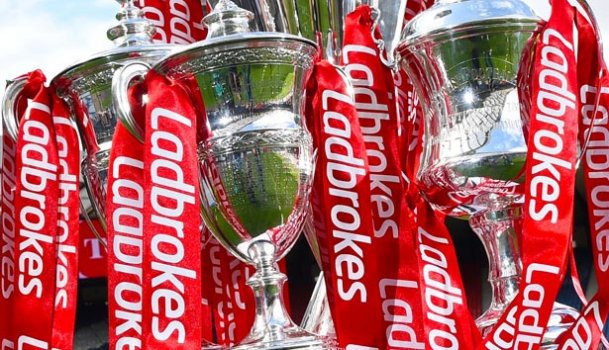 Here are some of the key numbers ahead of another big weekend of football in the Ladbrokes Premiership, Championship, League 1 and League 2.

Here are some of the key numbers ahead of another big weekend of football in the Ladbrokes Premiership, Championship, League 1 and League 2.

62 Celtic head for McDiarmid Park having equalled their own British record of 62 domestic games without defeat. St Johnstone were the last team to beat them back in May 2016 but Tommy Wright's men are without a goal in their past five games.

13 Ayr United have picked up most points of any SPFL club over the past five matches. Ian McCall's team have moved level on points with Ladbrokes League 1 leaders Raith Rovers, who have a game in hand, as they prepare to travel to fourth-placed Arbroath. The Honest men are the top scorers across all four divisions, with 31 goals in 11 games.

3 The top four in the Ladbrokes Championship are separated by only three points. Game of the day is at Tannadice, where Dundee United have the chance to move level with leaders St Mirren. Second-placed Livingston host in-form Inverness Caley Thistle and Dunfermline Athletic, in third, travel to Falkirk.

3 The best current winning sequence in the SPFL is three matches by both Hibernian and Montrose. Hibs are up to third in the Ladbrokes Premiership and face Dundee at Easter Road while Montrose are second in League 2 and play bottom club Cowdenbeath at Central Park.

4 Ladbrokes League 2 leaders Stirling Albion have won all four away games this season and are aiming to make it five when they face Edinburgh City at Ainslie Park on Saturday. Dave Mackay's men saw their lead at the top of the table cut to two points over Montrose when they lost to Stenhousemuir last weekend.

1 Brechin City are the only team still without a league win this season – Darren Dods’ side have a vital game at home to Dumbarton in the Ladbrokes Championship on Saturday.