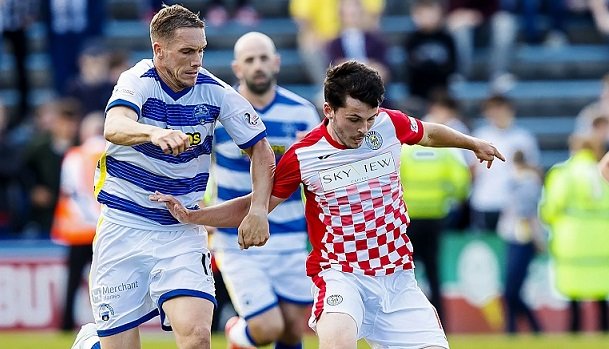 We look at some of the numbers ahead of another big weekend of football in the Ladbrokes Premiership, Championship, League 1 and League 2.

We look at some of the numbers ahead of another big weekend of football in the Ladbrokes Premiership, Championship, League 1 and League 2.

61 Celtic go into Saturday's home game with Kilmarnock on a 61-match unbeaten domestic run since losing at St Johnstone in May 2016. If Brendan Rodgers' side avoid defeat this weekend they will equal the British record set by Willie Maley's Celtic team between 1915-17.

4 Motherwell are seeking their fourth straight Premiership win when they host Hibernian at Fir Park on Saturday. Stephen Robinson's men have beaten Partick Thistle, Hamilton Accies and Dundee in their last three league games to climb to third in the table and also defeated Rangers on Sunday to reach the Betfred Cup final.

3 Hearts will play just their third ‘home’ game of the season when they welcome Rangers to Murrayfield on Saturday, live on Sky Sports at 12.30pm. Their previous two games at the home of Scottish rugby were a 0-0 draw with Aberdeen and a 1-0 win over St Johnston. Rangers, with Graeme Murty in caretaker charge, haven’t been beaten away from home in the Premiership since losing at Inverness on February 24.

5 St Mirren are aiming to maintain their 100% home record in the Ladbrokes Championship in the Renfrewshire derby with Morton. Jack Ross' side have won five out of five at home this season but both meetings with Jim Duffy's men in Paisley last season ended 1-1.

3 Inverness Caley Thistle made a slow  start in the Ladbrokes Championship but haven't conceded a goal in their last three league games and won 2-0 away to Dundee United last weekend. John Robertson's men are looking for their first home win of the season in the Championship when they welcome second-placed Dunfermline to the Tulloch Caledonian Stadium.

29 Ayr United are the leading scorers across the SPFL, having netted 29 times in 10 League 1 outings this season. Ian McCall's men, who host Stranraer this weekend, are two points behind leaders Raith Rovers although the Kirkcaldy club have a game in hand.

20 Albion Rovers have scored a remarkable 20 goals in five away games in Ladbrokes League 1 this season. They have won four of those matches and even their single defeat was a goal fest - a 5-4 reverse at East Fife. Brian Kerr's men make the short journey to the Excelsior Stadium this weekend to face an Airdrieonians team who suffered a 7-1 defeat at Arbroath last week.

5 Stirling Albion have a five-point advantage over Montrose at the summit of Ladbrokes League 2 as they prepare to play local rivals Stenhousemuir at Forthbank. The Binos kicked off their campaign with a 3-2 victory at Ochilview and have won seven games out of nine, losing to Clyde and drawing with Elgin City.