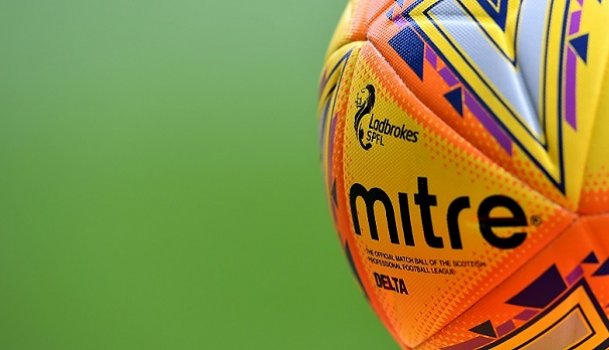 There are 19 league fixtures across the four divisions of the SPFL this weekend &ndash; we look at some of the key numbers&hellip;

6 The bottom five clubs in the Ladbrokes Premiership are separated by only five points. Ross County prop up the table and are at home to Hearts on Saturday, live on Sky Sports at 12.30pm. St Johnstone, who are seventh but only three points above the relegation play-off place, are away to leaders Celtic on Sunday.

9 St Mirren are on a run of nine games without defeat in the Ladbrokes Championship - eight wins and a draw - which has moved them 14 points clear at the top of the table. The Buddies face second-placed Livingston at the Tony Macaroni Arena on Saturday boosted by the news that manager Jack Ross is staying at the Paisley club.

11 Kris Boyd (Kilmarnock) and Alfredo Morelos (Rangers) are the top scorers in the Ladbrokes Premiership, with 11 league goals apiece. Killie are away to top-six rivals Motherwell on Saturday while Rangers travel to second-bottom Hamilton Accies on Sunday.

20 Leading SPFL scorer is Stirling Albion forward Darren Smith, with 20 league goals. He missed a penalty against Cowdenbeath last weekend but will be hoping to get back on the scoresheet when the Binos, third in Ladbrokes League 2, welcome Annan Athletic to Forthbank.

1 Ladbrokes League 2 leaders Montrose have lost only once on their travels this season – against Elgin City in September. Stewart Petrie’s side return to Borough Briggs this weekend with a six-point lead over nearest rivals Peterhead, who have two games in hand.

4 Clyde have notched up four successive victories and are going for five in a row at home to bottom club Cowdenbeath. The Bully Wee have suffered just two league defeats since Danny Lennon took over in November.

0 Arbroath are yet to suffer a defeat in Ladbrokes League 1 in 2018 and are fourth in the table as they seek back-to-back promotions under Dick Campbell. The Red Lichties face Alloa Athletic on Saturday and a win at Gayfield would see them leapfrog the Wasps.