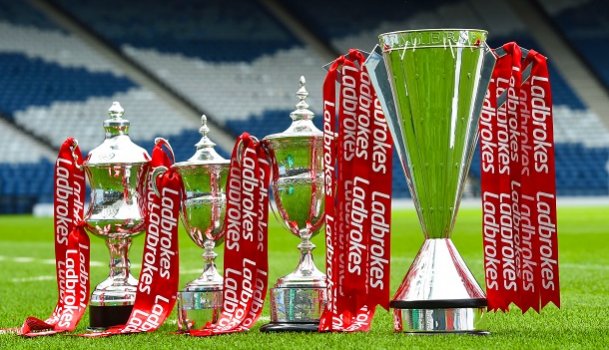 We take a look at some of the numbers behind this weekend&#39;s SPFL games:

We take a look at some of the numbers behind this weekend's SPFL games:

2 Two clubs - Aberdeen and Rangers - are aiming to maintain their 100% records this weekend. Derek McInnes' Dons are five points clear in the Ladbrokes Premiership after seven wins out of seven and face Hearts - who have won all three home games - at Tynecastle on Sunday, live on Sky Sports at 2.15pm. Mark Warburton's Rangers hold a five-point advantage over unbeaten Falkirk in the Ladbrokes Championship as they chase a seventh successive victory at Dumbarton.

1 It looks like being a fascinating battle for the Ladbrokes League 1 title if the early weeks of the season are anything to go by. Forfar Athletic and Ayr United lead the way with 13 points from six matches but title favourites Dunfermline Athletic are only a point back, as are an Airdrieonians team who host Ayr this weekend looking for their fifth straight victory.

3 It's incredibly tight in Ladbrokes League 2, with the top seven clubs separated by a mere three points after six fixture rounds. Elgin City lead on goal difference from Clyde but Annan Athletic, Berwick Rangers, Montrose, East Fife and Queen's Park are all within one win of the summit.

6 The most league goals scored by any player in 2015/16 is six. In the Ladbrokes Premiership, Leigh Griffiths (Celtic), Steven MacLean (St Johnstone) and Adam Rooney (Aberdeen) have all reached that tally. Martyn Waghorn has netted six times for Rangers in the Ladbrokes Championship and Joe Cardle has done likewise for Dunfermline in Ladbrokes League 1. The leading marksman in Ladbrokes League 2 is Elgin City striker Craig Gunn, with five league goals.

2 Two clubs go into this weekend still looking for their first league win of the season. Partick Thistle head for Dingwall to play Ross County with three draws and four defeats in the Ladbrokes Premiership while Brechin City, who are away to Peterhead on Saturday, have lost all six of their fixtures in Ladbrokes League 1.

10 A total of 10 clubs have perfect home records this season - Aberdeen, Celtic, Hearts, Rangers, Falkirk, Hibernian, Raith Rovers, Stenhousemuir, Elgin City and Montrose are yet to drop a point on their own patch. Meanwhile, four teams - Alloa, Livingston, Brechin City and Arbroath - are still seeking their first home point of 2015/16.