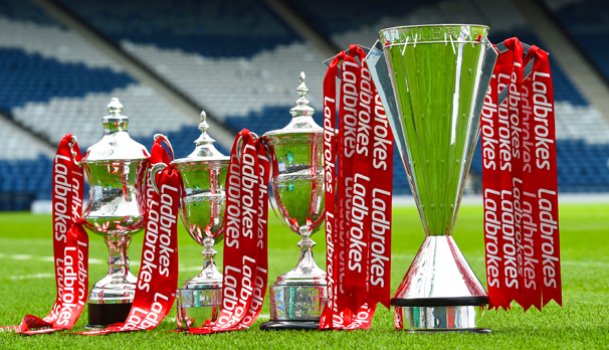 Celtic, Hibernian, Livingston and Forfar Athletic are the league leaders going into this weekend&rsquo;s games in the SPFL.

Celtic, Hibernian, Livingston and Forfar Athletic are the league leaders going into this weekend’s games in the SPFL.

Ladbrokes Premiership
Leaders Celtic face Kilmarnock at Rugby Park on Friday night, live on BT Sport at 7.45pm, as they seek to maintain their unbeaten run. On Saturday, second-placed Aberdeen are away to an Inverness Caley Thistle side who sit sixth in the table but are only three points better off than Highland rivals Ross County, who are bottom. Rangers, who are third, welcome Dundee to Ibrox while Motherwell take on Partick Thistle at Fir Park and St Johnstone face Ross County at McDiarmid Park. Hamilton Accies and Hearts have put their game back to Monday night due to the closure of the M74 motorway this weekend.

Ladbrokes Championship
Hibernian have a one-point lead at the top as they prepare to host a Queen of the South team who beat them at Easter Road in the Betfred Cup earlier in the season. Dundee United, who are just behind, travel to another in-form side in Morton. Ray McKinnon's team were beaten at Cappielow in the Betfred Cup but inflicted the most recent defeat on Jim Duffy's team at Tannadice a few days later. Raith Rovers, in fourth spot, travel to Dumbarton and Ayr United meet Falkirk at Somerset Park. There's a huge game at the Paisley 2021 Stadium - live on BBC ALBA at 5.15pm - as bottom club St Mirren host a Dunfermline Athletic team who are one place and five points above the Buddies.

Ladbrokes League 1
Livingston are two points clear with a game in hand and have a home fixture against Peterhead this weekend while second-placed Brechin City entertain Albion Rovers at Glebe Park. Airdrieonians have the chance to leapfrog Alloa Athletic when the teams meet at the Excelsior Stadium while East Fife take on a Queen's Park team just a point in front of them at Bayview. The bottom two sides go head to head at Stair Park, with Stranraer looking to pull further away from Stenhousemuir, whose two wins have both come away from home.

Ladbrokes League 2
Forfar Athletic have a seven-point cushion at the summit as they prepare to make the short trip to Montrose, who this week parted company with manager Paul Hegarty. Elgin City, Arbroath and Clyde occupy the play-off places and are locked together on 21 points. Elgin, who have been strong away from home, head to Annan. Arbroath, with just one defeat all season, go to Stirling Albion and the Bully Wee face Berwick Rangers at Broadwood. Bottom club Edinburgh City are aiming to continue their good recent run when they play Cowdenbeath at Meadowbank.