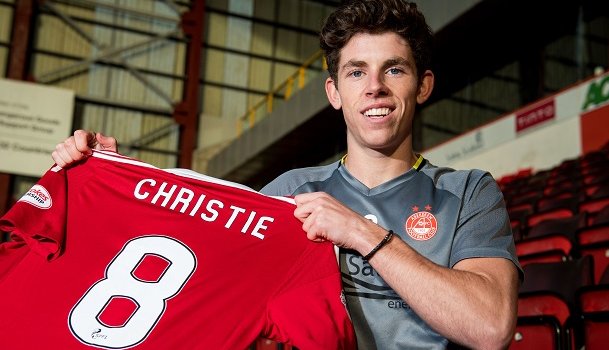 Aberdeen have signed midfielder Ryan Christie on loan from Celtic until the end of the season.

Aberdeen have signed midfielder Ryan Christie on loan from Celtic until the end of the season.

The 21-year-old former Inverness Caley Thistle player joins the squad ahead of the return to Ladbrokes Premiership action against Dundee at Pittodrie on Friday night, live on BT Sport.

Dons boss Derek McInnes told the club website: "We want to make a couple of additions in the January window - quality additions - and there is no doubt Ryan has the quality to come in and make an impact with us."

Christie added: "The improvement Aberdeen have made as a club over the past couple of seasons has been incredible. I am joining a club that is on the up."