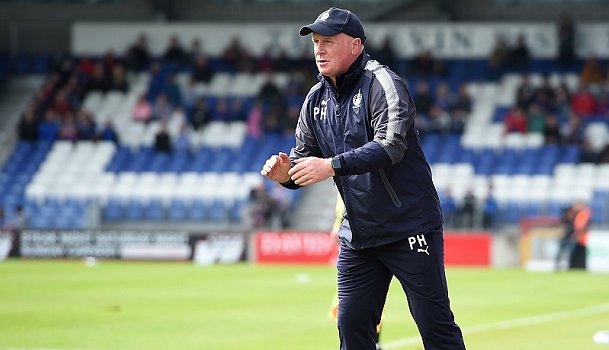 Falkirk have parted company with manager Peter Houston in the wake of Saturday&#39;s 2-0 home defeat to Livingston.

Falkirk have parted company with manager Peter Houston in the wake of Saturday's 2-0 home defeat to Livingston.

The Bairns finished second in the Ladbrokes Championship last season, losing to Dundee United in the play-offs, but are currently in ninth spot without a win in their first seven matches.

The former Dundee United boss had been in charge since summer 2014 and led the Bairns to the 2015 Scottish Cup final but it was announced on Sunday he had parted company with the club.

Margaret Lang, Chair of Falkirk FC, told the club website: "We are all extremely disappointed that we haven’t been able to progress forward this season and as a result we have come to a mutual agreement with Peter, James and Alan.

“I have nothing but admiration for the job all three have done for our club and wish them the very best in the next chapters of their careers.

“We will now work to recruit the best possible management team to get the club back to winning matches, climbing the Championship table and moving towards the Premiership.”