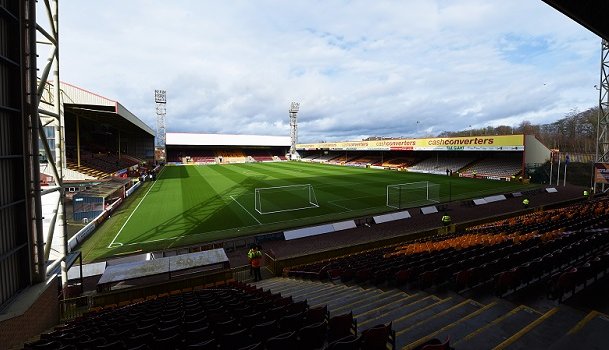 Travel advice
Please note that due to on-going roadworks on the M8 and M74 delays may occur so please leave in plenty of time to get to the stadium.

Public transport
Information regarding getting to and from the stadium can be obtained from the following websites:

Private vehicles
For private cars there is some on street parking close to the stadium please be aware of the residents parking in these areas. Please follow the similar routes below.

Coaches
These are the recommended routes for coaches attending this event. Any deviation from these routes may resort in increased traffic congestion adding to your inconvenience.

Pre-event routes for Dundee United coaches
Dundee United should leave the M8 at Newhouse/Chapelhall junction and head for the Ravenscraig site along the A723. At the roundabout take the New Craig Road and drive through the Ravenscraig site till the road changes name at the College to Roberhall Road. At the roundabout turn right onto Windmillhill Street to the next roundabout. Take the second exit onto Windmillhill Street

Take 1st left past the garages into Knowetop Avenue, then first left into Dalziel Drive. Continue along Dalziel drive to Our Ladys High School on the left of the street.

Pre-event routes for St Mirren coaches
Travel on the South on the M74 and come off at junction 6. Turn right at the lights at Strathclyde Park, travel to the top of Airbles Road, at the Evans Halshaw dealership take a left at the roundabout and travel along Windmillhill Street to the mini roundabout. Take a right onto Crosshill Street and then first right into Orbiston Street. Drive along Orbiston Street. Parking on the left hand side of the street.

Post-event routes
After the event, vehicles should follow the reverse of the above routes where possible.

Notice to supporters
All fans attending the Dundee United v St Mirren, IRN-BRU Cup final should note that enhanced search arrangements will be in place at this fixture. This additional safety measure has the potential to delay entry into the ground so fans are strongly encouraged to get to the Stadium as early as possible. Turnstiles will be open 90 minutes before kick-off i.e. 11.00am.

Unacceptable conduct is conduct which is violent or disorderly. Violent conduct includes any actual, attempted or threatened physical violence against any person, or intentional damage to property. Disorderly conduct includes: Conduct which stirs up or sustains, or is likely or is designed to stir up or sustain, hatred or ill will against or towards individuals or groups of people based on their membership of presumed membership of the following categories:

Any person engaging in unacceptable conduct may be subject to removal from the Stadium, report to the police and possible criminal proceedings.