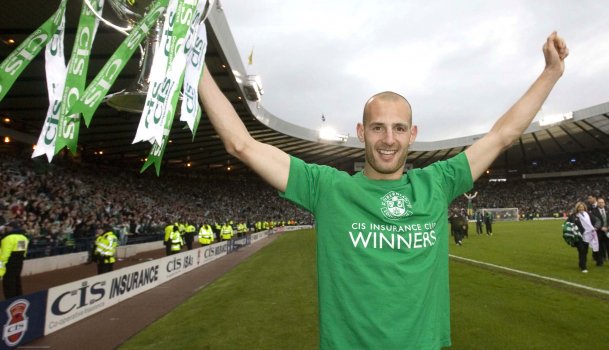 We look at a select few Number 5s from down the years in Scottish football, fondly remembered at the clubs they played for. This is Magic Number #5.

We look at a select few Number 5s from down the years in Scottish football, fondly remembered at the clubs they played for. This is Magic Number #5.

Marvin Andrews – Livingston/Rangers
A cult hero wherever he goes, Marvin Andrews came to Scotland in 1997, joining Raith Rovers. He spent three years in Kirkcaldy before making his move to West Lothian and joining Jim Leishman’s promising Livingston side. Over four years at Almondvale, Andrews amassed 119 appearances and eight goals, as well as playing a prominent part in the side that finished third in 2002. He would go on to score for Livingston in their first foray into European football, netting against Sturm Graz. The Trinidad international joined Rangers in 2004 and stayed at the club for two years. He made over 50 appearances for the Light Blues before leaving in 2006. After Rangers he played for a number of other clubs, including Hamilton Accies, Queen of the South, Montrose and Clyde.

Kevin McKenna – Heart of Midlothian
The man known as ‘Moose’ among Hearts supporters, due to his Canadian heritage, joined the club back in 2001. Initially on loan from German side Energie Cottbus, McKenna made his transfer permanent and went on to enjoy a five-year stint in Edinburgh. Although a natural centre-back, the Canada international was often used up front due to his aerial prowess and ability to get on the end of crosses. He would play over 130 times in maroon, and scored more than 20 goals in that time. After leaving Gorgie, McKenna returned to his former club Cottbus for two seasons, before enjoying a seven-year stay at 1. FC Köln. ‘Moose’ retired in 2014 as one of Canada’s most-capped players, and their eighth-top goalscorer of all time.

Rob Jones – Hibernian
A nightmare for defenders and strikers. All 6ft 7” of Rob Jones signed for Hibernian in 2006 and he would go on to captain the club in their emphatic 2007 League Cup triumph over Kilmarnock. After playing predominantly with Grimsby Town, Jones was brought to Easter Rd and would make an immediate and lasting impression on those of a green & white persuasion. Not only was he admired as a footballer by the Leith faithful, they also gifted the Englishman a song to the tune of Spandau Ballet’s 1983 hit ‘Gold’ which frequently rang around the stands during his stay. Jones would go on to make over 100 appearances at Hibs before leaving in 2009 for Scunthorpe United. The huge defender is still plying his trade down south with League Two side Hartlepool United.