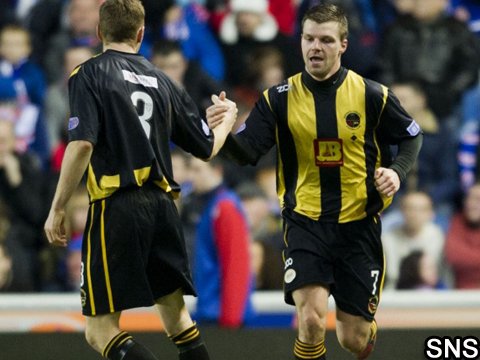 Winger turns down offer of new deal at Shielfield

Berwick Rangers winger Fraser McLaren, who scored twice against Rangers last season, has turned down the chance of a new deal at the Borderers.

Former Gretna player McLaren has been with the Shielfield men for over 5 years and played in more than 150 games and manager Ian Little said: “Fraser did well for us last season and scored 10 times in total however he will not be re-joining Berwick for next season, as he has turned down the contract offer made to him at the end of last season.”

“I would like to thank Fraser for his efforts at Berwick and wish him well for the future.”