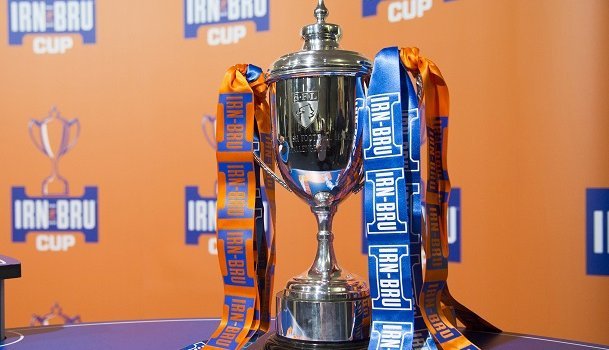 The SPFL is pleased to announce a further expansion of the IRN-BRU Cup with the introduction of two English National League representatives to the competition next season.&nbsp;

The SPFL is pleased to announce a further expansion of the IRN-BRU Cup with the introduction of two English National League representatives to the competition next season.

The announcement comes after the successful change of format introduced in 2016/17, which saw two teams each from Northern Ireland and Wales, additional clubs from the Highland and Lowland Leagues and all Ladbrokes Premiership under-20 Colt teams taking part, followed by the addition of two teams from the League of Ireland in season 2017/18.

Now, following UEFA approval, Sutton United and Boreham Wood – the highest-ranked Vanarama National League sides in 2017/18 still competing in the division – will join the Irish (Bohemians and Bray Wanderers), Northern Irish (Crusaders and Coleraine) and Welsh (The New Saints and Connah’s Quay Nomads) representatives at the second-round stage of the competition.

The first-round draw for the 2018/19 IRN-BRU Cup will take place on Tuesday 26 June. Full competition format details will be announced in due course.

The tournament continues to enjoy the support of sponsors IRN-BRU. The third season of their backing will see holders Inverness Caledonian Thistle, who beat Dumbarton 1-0 in this year’s final at McDiarmid Park, defend the trophy with two new English rivals added to the mix.

SPFL Chief Executive Neil Doncaster said: “The IRN-BRU Cup remains an innovative and evolving competition, and we are pleased to now extend a warm welcome to the National League and their representatives, Sutton United and Boreham Wood.

“We look forward to developing a positive relationship with our counterparts in England, just as we have with representatives from the leagues of Northern Ireland, Wales and the Republic of Ireland over the last two years.”

Welcoming National League clubs into the competition, Adrian Troy, Marketing Director at IRN-BRU, said: “We’re really excited that the IRN-BRU Cup has now become a unique club competition featuring teams from all around Britain and Ireland.  The competition has proven popular with players, coaches and supporters, who’ve enjoyed the challenge of facing different opposition and travelling to new corners of the UK.

“We’re pleased to welcome Sutton United and Boreham Wood to the IRN-BRU Cup and wish them the best of luck for this season’s competition.”

Michael Tattersall, Vanarama National League Chief Executive, added: “We were pleased to accept the SPFL’s invitation to participate in next year’s competition.  We believe our two clubs will benefit from playing in an international competition and we look forward to establishing new relationships with the other leagues involved.”

Bruce Elliott, Chairman of Sutton United, said: “We're delighted to have been asked to compete in the IRN-BRU Cup.  Both manager Paul Doswell and I are excited at taking part in a competition that is new for us, and gives us the chance to encounter new opposition and play against sides that we would not meet in our normal schedule. We are thoroughly looking forward to it.”

Manager of Boreham Wood, Luke Garrard, said: “I think that it will give the players an added incentive and I am extremely excited that we have the luxury of possibly travelling around the British Isles for a fixture, I think that it is a huge achievement.”

The Scottish Challenge Cup was established for season 1990/91 to mark the Scottish Football League’s centenary and has been run every year since (with the exception of 1998/99).