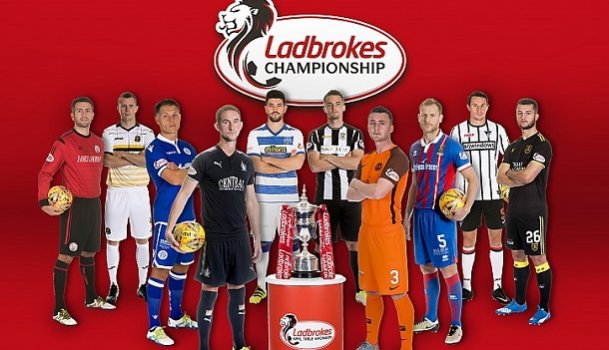 Under 12s&nbsp;can go free to all SPFL Championship matches during the two weekends of the Premiership winter break next month in an initiative supported by all 10 second-tier clubs.&nbsp;

Under 12s can go free to all SPFL Championship matches during the two weekends of the Premiership winter break next month in an initiative supported by all 10 second-tier clubs.

Children under the age of 12 will be permitted free admission to any of the 10 games played in the Ladbrokes Championship on January 6 and January 13 if they are accompanied by a paying adult.

The move is aimed at encouraging families to get along to a match, even if their favourite top-tier side is not in action.

Games on January 6 include Livingston versus Queen of the South, Dumbarton against Dunfermline Athletic and St Mirren versus Inverness Caledonian Thistle, while on January 13 Dunfermline are at home to Dundee United, Morton take on Falkirk and Brechin City host Livingston.

SPFL Chief Executive Neil Doncaster said: “Football goes on even during the Ladbrokes Premiership winter break and I commend the Ladbrokes Championship clubs for coming up with this welcome initiative.

“Hopefully many supporters will take the chance to get out to a match next month, with free admission for under-12s making it more affordable for families to attend together.”

Falkirk director Martin Ritchie, one of two Championship representatives on the SPFL Board, added: “With no Premiership fixtures in early January the spotlight will fall on the Ladbrokes Championship for a few weeks.

“We hope that this offer will encourage fans to take in a game, even if they haven’t been for a while. Matches in this league tend to be exciting and entertaining, and hopefully people, especially families, will take the opportunity to discover that for themselves next month.”

Details of how to take advantage of the offer will be available from each home club.