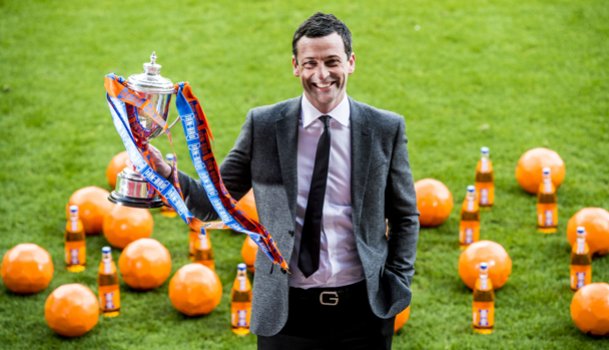 St Mirren manager Jack Ross is bidding to bring the IRN-BRU Cup to Paisley for a second time and maintain their good recent form.

St Mirren manager Jack Ross is bidding to bring the IRN-BRU Cup to Paisley for a second time and maintain their good recent form.

Gus MacPherson was Buddies boss when Saints beat Hamilton Accies 2-1 in the 2005/06 Challenge Cup final at the Excelsior Stadium and they face Dundee United at Fir Park in this season's decider on Saturday, live on BBC ALBA with a 12.30pm kick-off.

Ross, whose side beat The New Saints in the last four and defeated United 3-2 on league business earlier this month, said: "I think it is a competition that once you advance to the latter stage it starts to become more exciting as you realise it is an opportunity to win some silverware.

"The players should enjoy the week leading up to it but the game itself is about winning. The players understand that - there will be no message from me on the day about enjoying the day.

“I sense an increase in unity between the supporters and the playing side and that is something I’ve worked hard to try and build. We have a duty to try and keep producing performances that the fans can feed off."