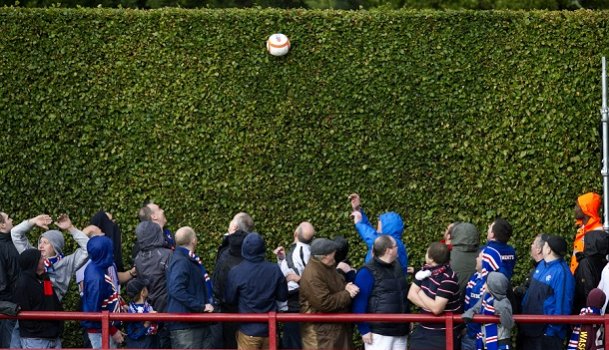 Call in the A-Team!
For a certain generation growing up, there were few things more exciting than the theme tune to the A-Team. It meant that for the next hour, Hannibal, Mr T, Face and Murdoch were about to shoot carefully around some baddies, while escaping from a barn with a secret weapon that had probably been cobbled together with a caravan, some bins and a variety of spare parts. Nowadays, the theme tune still generates excitement, but generally just for Alloa Athletic fans, as it’s played at the Indodrill Stadium every time The Wasps score a goal. Just like Hannibal, Jim Goodwin loves it when a plan comes together.

Mystery Signings
Let’s be honest, for a fan of a lower-league club, there’s few more exciting things than the news your team has brought in a hitherto unheard of signing from abroad. Websites are immediately scoured to glean an insight into his career to date, articles are stuck through Google Translate to pick up additional slivers of info, before you eventually turn to Twitter in the hope the potential star is a fan of social media. Of course, there’s probably as much chance of them warming the bench until the end of the season before heading home as there is of him banging in 25 goals but the air of mystery makes for a heady brew that excites even the most glass-half-empty of fans.

Wee Rovers, Big Scorelines
Albion Rovers reverted back to their original stadium name this term, which is probably just as well, as Cliftonhill for Thrills is the ideal tagline for what’s transpired down Coatbridge over the last few months. Brian Kerr’s men have been involved in some incredible goal-laden fixtures since July, including a 4-4 Betfred Cup tie with Hamilton Accies, 5-2 wins away to Queen’s Park and Alloa Athletic, a 4-3 defeat to Forfar and a 5-4 loss at East Fife. The Wee Rovers will be aiming slightly higher than mere survival in League 1 but, whatever they achieve this season, it’s clear it’s going to be more exciting than most.

The Glebe Park Hedge!
A truly unique part of Scottish football heritage, Brechin Cit’s hedge is home to Championship football this season. Running half the length of the pitch, it both helps protects fans from the worst of the windy weather and hides footballs within it in equal measure. Appeared to be under threat a few years ago amid speculation that Brechin would have to widen their pitch but thankfully the hedge lives on!

The Only Team in the Bible

There is only one SPFL team named in the Bible: “The queen of the south will rise up at the judgement with this generation and condemn it,” it states. In football terms, Queen’s are more interested in condemning opponents to defeat, rather than entire generations, but it’s a notable mention regardless.